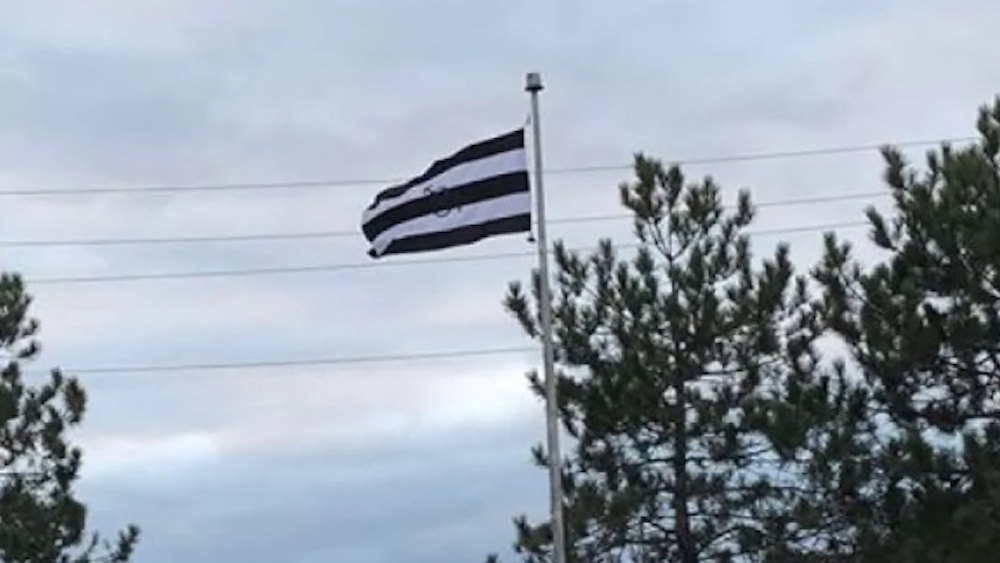 The Canadian village of Chipman in Queens County, New Brunswick only has about 1,104 residents in it, but its village council still flew a rainbow flag for one week during June in observance of LGBTQ Pride month. It flew from a community flagpole by its main road. Pretty cool!

In a seemingly misguided attempt at fairness, however, the city council also recently erected a black-and-white “straight pride” flag from the same flagpole. The flag features six black and white stripes with interlocking male and female symbols at it centers.

The village council raised the flag on Sunday because, according to Mayor Carson Atkinson, the council “recognizes, accepts and respects the rights of individuals under the Charter of Rights and Freedoms.” That is, the council was trying to be inclusive by recognizing the pride of its heterosexual citizens.

But straight pride differs from LGBTQ pride in the same way that “All Lives Matter” differs to “Black Lives Matter.” Straight Pride was made up by heterosexuals who felt excluded from LGBTQ Pride; however, it completely misses the whole queer concept of “pride.”

As one gay neighboring citizen, Justin Smith, explained to North Shore News, “The LGBT pride movement wasn’t born out of a celebration of sexuality, it was to bring visibility to an oppressed and marginalized people group.”

Chipman’s straight pride flag was supposed to be flown for a week, but after people started complaining on the village’s Facebook page, the council removed the flag and apologized. They have also since posted a public apology and explanation (shown below). 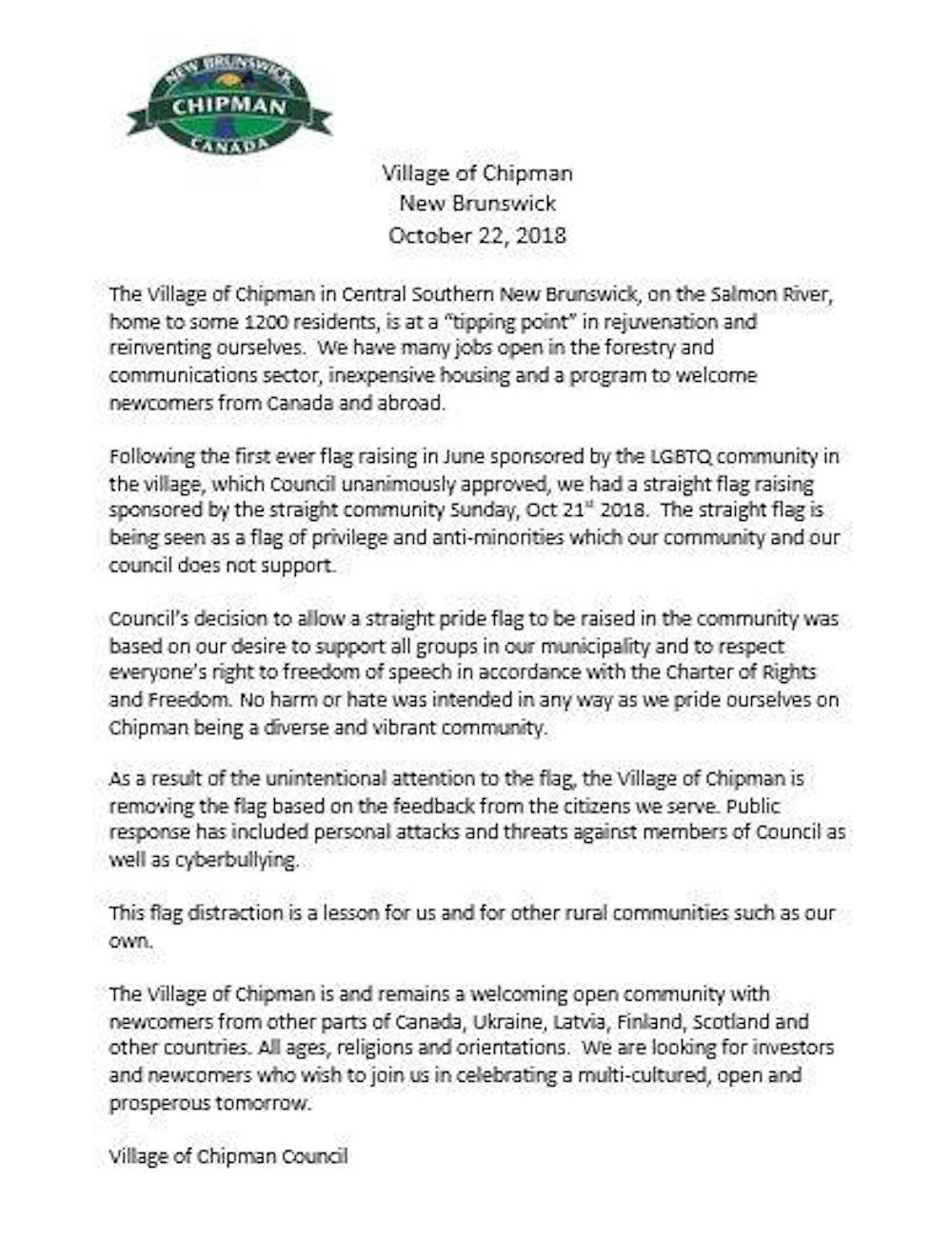 “The straight flag is being seen as a flag of privilege and anti-minorities which our community and our council does not support,” Atkinson wrote in the statement.

That’s great. Now only if we could get people to stop celebrating Heterosexual Pride Day.