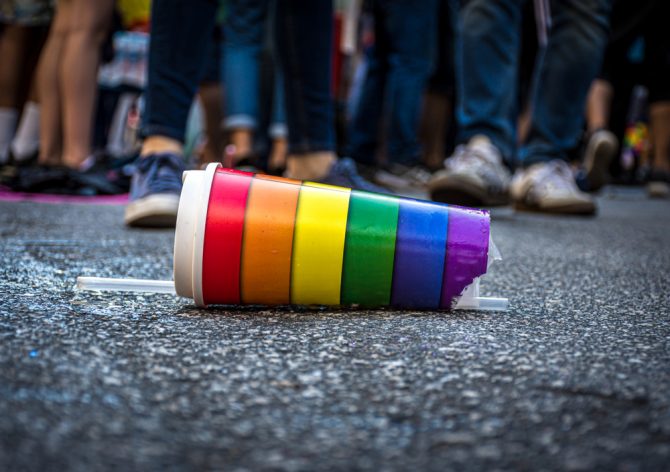 Welp, another Pride month is in the bag.

Over 3 million people packed the streets of New York City last weekend for one the largest Pride parades in the history of Pride parades and to celebrate the 50th anniversary of the Stonewall uprising.

Lots of other major cities had their Pride celebrations last weekend as well, including Chicago, San Francisco, and Seattle.

Now that Pride month is over, it’s time to get back to real life. But before that can happen, we’ve gotta deal with our Pride hangovers. And it looks like we’re not the only ones struggling this morning.

The Monday after Pride pic.twitter.com/h3WPbq2tw5

pride morning 1: is it a hangover or is it just organ failure? pic.twitter.com/tezQ57XAmb

Does anyone else feel like 4th of July is the holiday that is your #pride hangover recovery holiday?

Corporations taking down rainbows now Pride Month is over pic.twitter.com/0i88Y08IvL

Maybe the real pride was the hangovers and drunken looks we exchanged with other messy gays along the way pic.twitter.com/2eGICcpBlh

My mood trying to recover from this wicked pride hangover pic.twitter.com/8XgwTbf9Ke

The Pride hangover is real, huh?

This #Pride hangover is real y'all. pic.twitter.com/JujIzn8jkW

Waking up with a hangover after Pride like:
???? pic.twitter.com/sH8NdNL6p3

pride month is over AND rent is due? this is homophobic

Corporations looking at gays after pride month is over pic.twitter.com/8PFBkGtaIE

Coming into work the day after #Pride like… pic.twitter.com/PbJhVRnQKZ

The hangover from pride is totally worth it.

Related: Revel in these photos from pride celebrations around the world