Dylan Mulvaney, Peppermint, and Max Chernin take star turns in the fabulous Queerty original short film OraQuick, The Musical. And with their emerging acting creds, it’s easy to see why.

Queerty caught up with the trio during the filming of OraQuick, The Musical to chat about Broadway, HIV testing, taking care of our health, and envisioning the end of HIV as we know it. 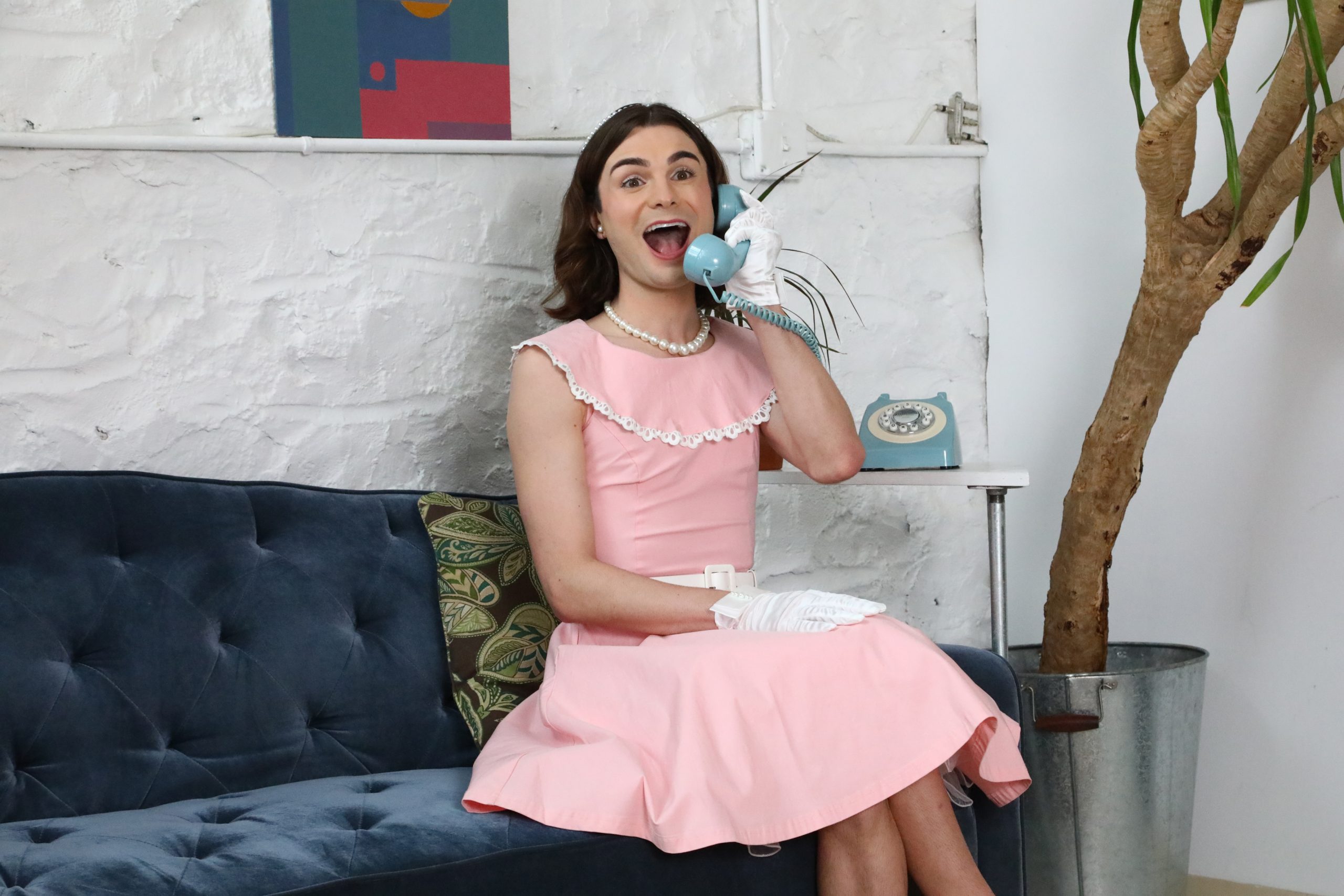 Hey Dylan! When you first heard about OraQuick, The Musical, what made you want to participate?

I was so excited to join this project because it seemed like an awesome opportunity to bring diversity and queerness to a sometimes monotoned art form.

The shoot looked so fun, how was your experience on set bringing this classic musical number to life?

We had lots of laughs and talent floating about. I think we brought the number new life.

Tell us a little about your background in musical theater.

I’ve spent my entire life in musical theater and graduated with a degree in it. Most recently I was a part of the Book of Mormon national tour! I am now excited to bring trans and non-binary characters to life on stage.

What musical number do you think should get the OraQuick parody treatment next?

Maybe Cell Block Tango? Something from Wicked? Disney princesses could be fun.

The Fall months afford an opportunity to take stock of where we’re at in life and refocus on physical, mental, and emotional health. How do you take care of your health, such as working out?

I try to vary my choices, whether it’s yoga, dancing, hikes, etc. I don’t like regiment but rather listening to what my body needs that day.

I got tested between every partner! I was on PrEP when I was sexually active.

What’s the connection between your work and HIV advocacy?

I think the arts are a great platform to show works of HIV stories and to end stigmas. Audiences learn from watching and absorbing.

Why is home self-HIV testing so good for our community?

I think especially in this day and age of same-day delivery, people need and love quick and easy options. It’s like, why wouldn’t you test when it’s this simple?

No longer living with that sliver of fear. Peace for my mom, who worries about it maybe too much. A win for the entire queer community. 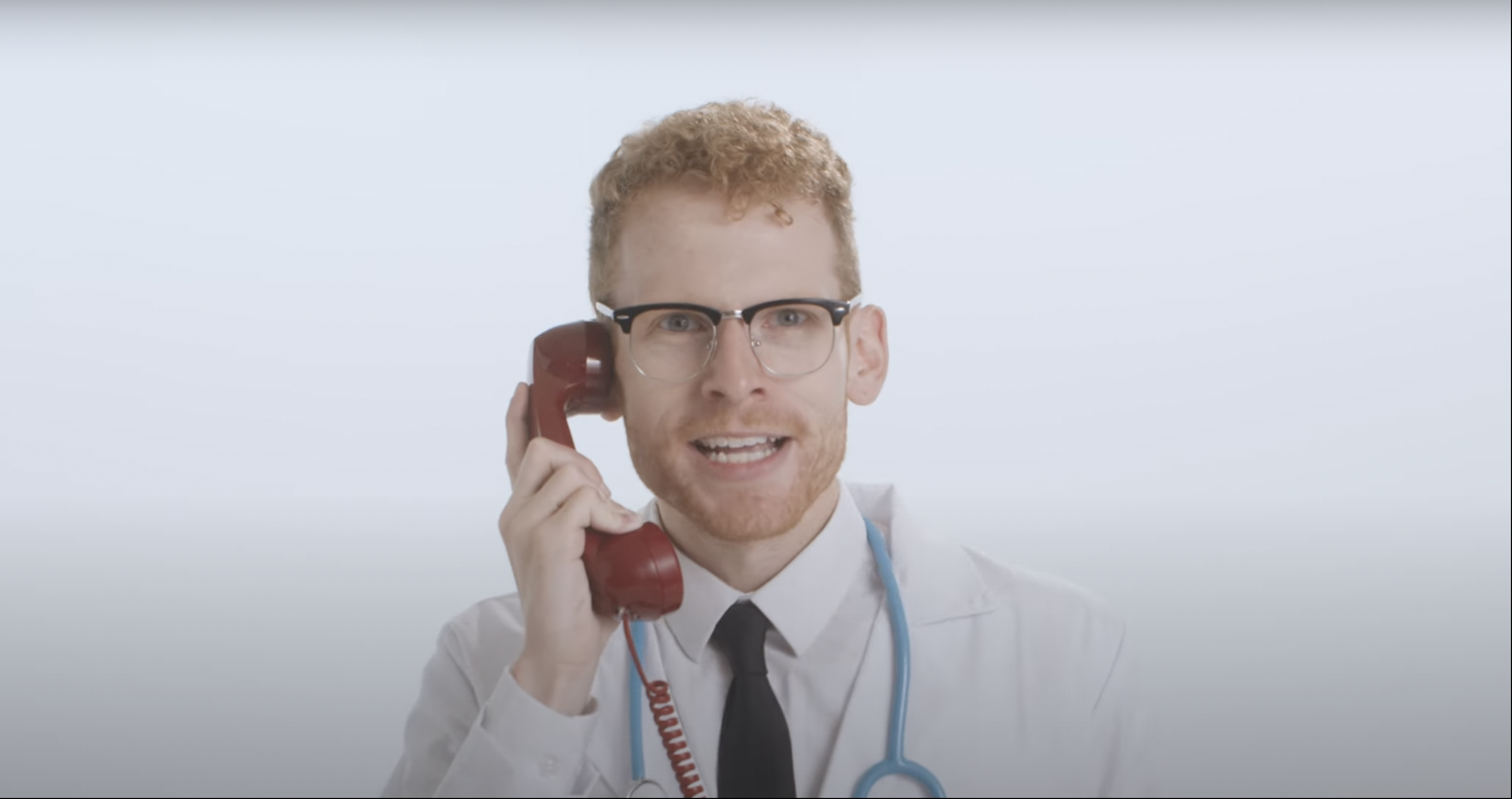 Hey Max! When you first heard about the project, what made you want to participate?

This is a fun way for OraQuick to reach a broader audience.

How was your experience on set bringing this classic musical number to life?

I was living my Bye Bye Birdie fantasy. I’ve only been in it once in middle school when I played the Dad (Mr. MacAffee) who sings “Kids,” and this was right when my voice was changing. It was a vibe! Glad I got to reclaim it on this shoot.

Tell us a little about your background in musical theater.

I’ve been acting and singing since a very young age — and then went to a college conservatory program for musical theatre and have been working in NYC for almost 10 years. I’ve developed several new musicals and have been a part of some beautiful revivals. I’ve understudied for celebrities and even done a publicity stunt musical for Skittles. There’s no place like New York for this kind of work.

What musical number do you think should get the Oraquick parody treatment next?

The Fall months afford an opportunity to take stock of where you’re at, and refocus on your own physical, mental and emotional health: How do you take care of your health, such as working out and dieting?

I try to keep my body moving every day. Sometimes gym, sometimes yoga, sometimes just hitting 10k steps. Diet—I just try to make sure I get my greens.

I think transparency with your partner(s) is imperative, along with regular testing.

What’s the connection between your work and HIV advocacy?

The Broadway community has had a long relationship with HIV advocacy, having been hit so hard in the ’80s and ’90s. Broadway Cares/Equity Fights AIDS is one of the largest non-profits that’s supported by our community. I’ve performed in some of their benefits. Check them out!

Why do you think home self-HIV testing is good for your community?

I think the introduction of PrEP has made the community way too relaxed about testing. If at-home tests were available and widely used, it’d be another way for us all to look out for the health of our own community.

Wow, that would be so beautiful.

I think we’re privileged here in our country to have clinics and a dedicated medical community to help treat those living with HIV. But in other parts of the world, millions of people aren’t equipped to battle this virus, and it’s continued to devastate those communities. I would love to see us rebuild and revitalize those hit so hard.

In my own community, I’d hope it would help alleviate some of the deep-rooted feelings of shame surrounding sex. 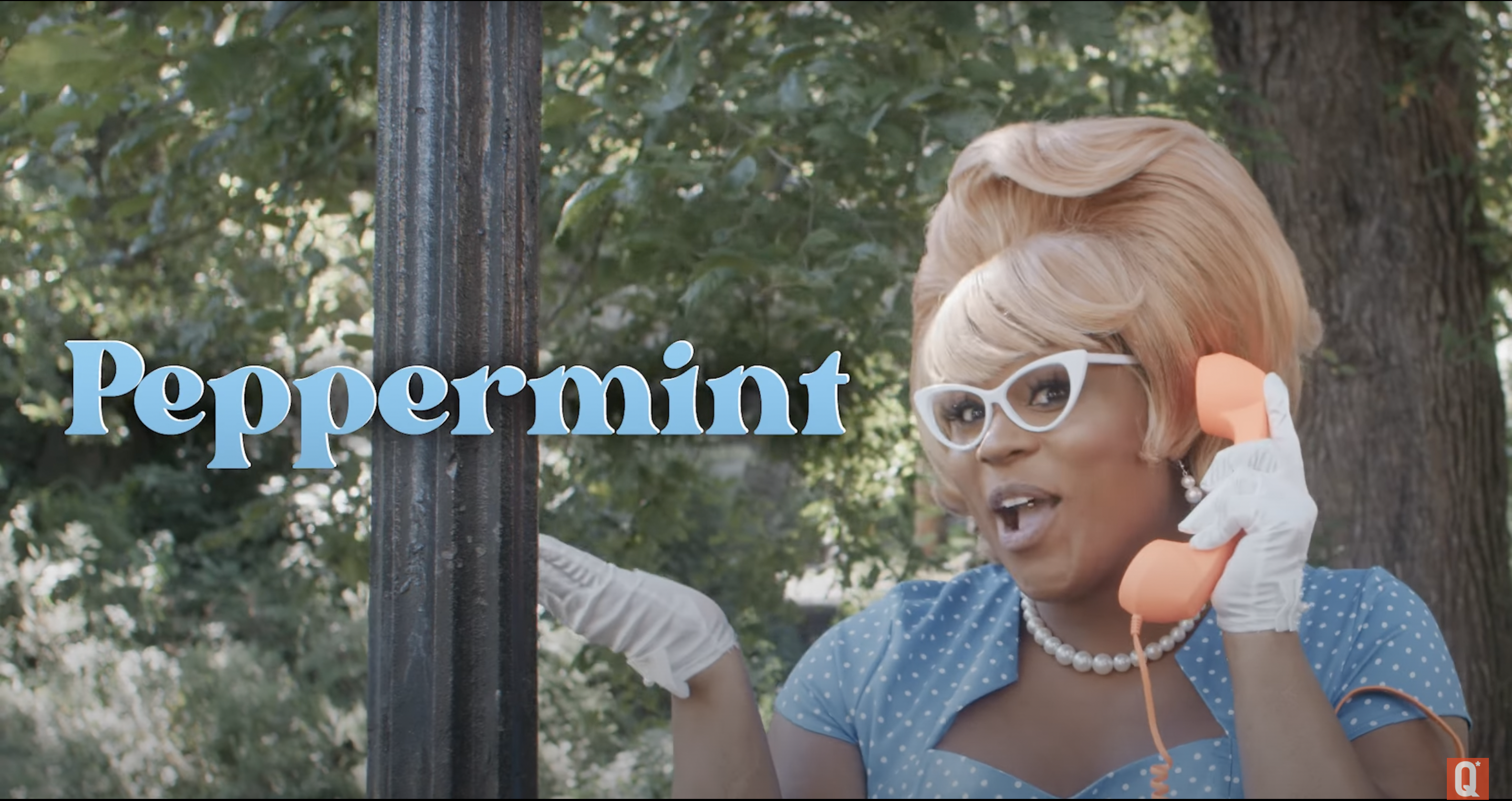 Hi, Peppermint! How do you make sure you’re taking care of your health?

Testing is an important part of my health care. I’m off and on the road and not able to make it into a doctor’s office. OraQuick is the perfect solution for that.

I try to use every tool at my disposal, which includes protection, effective communication, and a consistent testing schedule.

Why do you think home self-HIV testing is good for your community?

At-home testing is a great solution for many people who desire the type of discretion that a doctor’s office waiting room can’t provide, and for those with a lack of access to healthcare

Certainly less stigma for those who are HIV-positive, which disproportionately affects many in the LGBTQ+ community since anti-trans and homophobic sentiments often include such stigmas.