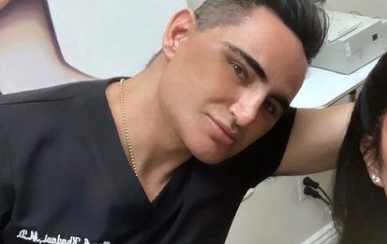 Well, so much for the Hippocratic Oath.

A well-known Hollywood doctor has allegedly been recorded unleashing a homophobic rant against his gay neighbors, at one point threatening to shoot them “in the face.”

Dr. Alex Khadavi is a prominent dermatologist who has treated celebrities like Lance Bass and Scott Disick.

TMZ reports Khadavi can be seen in footage from his West Hollywood apartment building shouting about his neighbors to the concierge.

The outburst resulted in the men, who are a married couple, filing a restraining order agains Khadavi. They feared for their lives after the concierge told them about the encounter.

Adding a legitimate sense of danger was the fact that Khadavi showed the concierge a hand gun in his possession two months before he made the threats.

Altman, who is Jewish, said he received antisemitic death threats from Khadavi–that the doctor approached him at a real estate event to tell him he “hated all Jews” and wanted to murder him.

Khadavi denied he’d done anything wrong, and even denied the existence of the restraining order.

“Not only is Alex Jewish, he had a bar mitzvah!” a representative said in a statement after the story broke.

“Alex Khadavi is a very well-respected businessman and was an invited guest of the real estate reception which he attended with his contractor, who is Jewish, and his interior decorator, who is gay.

“A restraining order has not been served.”