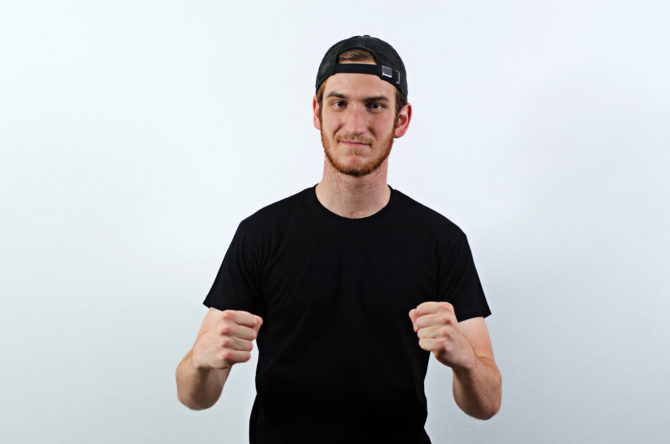 Ben Kawaller desperately wanted to be liked by guys seeking “masc” men on Grindr. So he changed his appearance to better cater to their desires.

“Well, I did it: I’m masc now,” Kawaller writes, triumphantly, in a new think-piece. “The men who once ignored me now treat me like a queen.”

How did he do it?

It all started last Halloween, when he dressed up as a Mets player. After seeing a picture of himself wearing a backwards baseball hat, he realized “throw a baseball cap on this thirsty theater queen and voila: She’s masc!”

Since then, Kawaller says he’s been wearing a backwards baseball hat nearly every day. He says it lends him “an air of heterosexuality” and provides him with “an acute awareness of my patriarchal privilege.”

While many LGBTQ people are working hard to combat things like straight white male privilege, Kawaller, it seems, would rather embrace it… At least, until he gets his rocks off.

When I’m in a baseball cap my aura is less “Please, God, someone love me” and more “I’m a guy and I like guy things, like the people who play on the sports team on my head.” It’s not important that in reality I have as much allegiance to the Mets as I do to, say, Rite Aid; what’s important is that when you look at me, you see a man. It’s a fantastic illusion.

We can’t help but think back to an op-ed published last summer by the Washington Post. Writer Jack Rushall argued that modern gay men have become obsessed with projecting a false image of heterosexuality.

“For a lot of modern gay men, a big part of being gay is still seeming straight,” Rushall opined. “It’s likely that we entertain this demeanor in the hopes of attracting it, as if we’re part-time actors waiting for our big break: meeting a masculine dude who will accept our effeminate properties.”

Kawaller implies that, for him, wearing the hat has done just that. All those guys looking for “masc” men suddenly want to hookup with him.

Many of the people explicitly seeking “masc” partners are really just looking for a little role-play — more specifically, a chance to enact the fantasy of landing one of the normal, sporty boys from our formative years. If you can only look the part, that can be enough to get your foot in the door.

Of course, this begs the question: Is that really a door you want to step through?

The way I see it, if the prizing of “masc” men is enough to make you feel unworthy — as it has surely made me feel unworthy — the solution may very well be to take a cue from Grease: Make yourself appear to be the thing they think they want, and do your very best impression of the man you might have been. You’ll still be the man you always were.

Will you really, though? 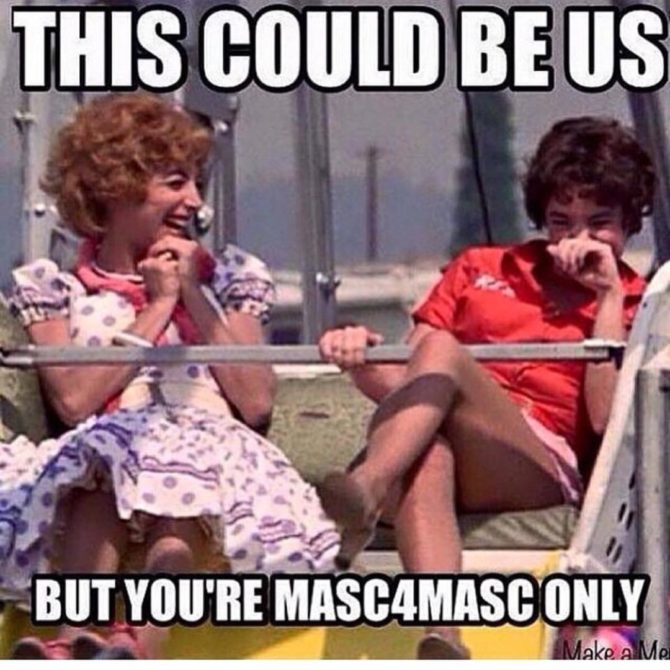