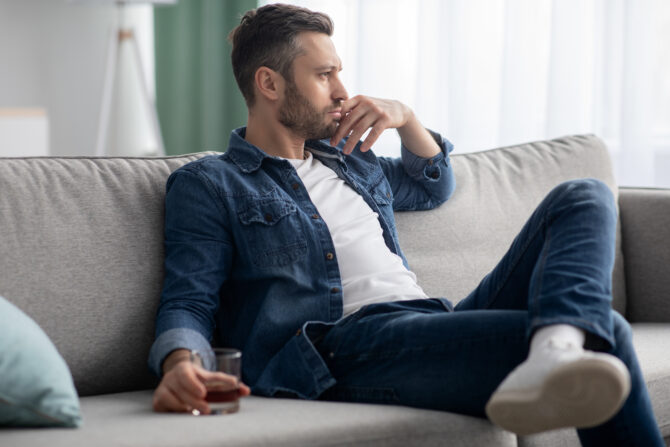 Twins often share a bond said to be closer than siblings, which may help to explain why one man felt so conflicted about whether or not to attend his twin sister’s wedding.

He couldn’t have cared less that his sister was marrying a woman — after all, he was the first person she ever came out to and he says he “supported her wholeheartedly.”

The reason he ultimately decided to skip the event and take a solo trip instead is a bit more complicated. He took to Reddit’s popular AITA (Am I The A**hole) forum to share the unusual circumstances and get some outside perspective.

Posting under the handle Slow-Hovercraft-4860, he explained that just three years ago, he was engaged to his then-girlfriend, Julie.

“I proposed to Julie and she said yes,” he wrote. “Everything seemed fine, until I noticed that Julie had started to be a little more distant with me… She said she’s fine, but would like some space for a while.”

Worried but wanting to respect her wishes, he backed off.

Related: The Internet has some strong words for ‘selfish’ man who came out at sister’s wedding

“A few weeks later, she broke up with me. I was devastated and didn’t know what happened. I reached out to my sister for support and she was there for me. She and Julie had gotten along really well, so I asked her if she knew what happened. She was hesitant, but said yes. I asked to explain and she said it’s not her place to tell me. I kept pushing, but my sister stood her ground and said that she can’t say why and Julie will tell me when and if she’s ready.”

Julie later confided in him that she was bisexual, and speaking to his sister “helped her realize her true sexuality and feelings.”

“Julie told me that it wouldn’t be fair to either of us if she didn’t embrace her true self and the fact that she no longer had the same feelings for me she had before.”

He was heartbroken, but the two parted on good terms. Some time later, he found out Julie had started dating a woman and we bet you can guess where this is headed. Julie was dating his twin sister.

His sister swore the new relationship only started after the old one was over, but that hardly dampened the sting.

The twins’ relationship understandably changed after that, but a few weeks ago his sister showed up at his door to let him know “she and Julie are engaged, and she was here to invite me to the wedding.”

Related: His parents kicked him out for being gay at 15. Now they’re pissed they can’t come to the wedding?!

“The rest of the conversation was a blur, but after she left, I drank. A lot. And after thinking about it for a few days, I told my sister I wouldn’t be attending her wedding. She was heartbroken and begged me to come, because she wanted me there. Even my mom called me, asking me to come. I told her no. Regardless, I refuse to go. I just can’t stand having to be there in the crowd and see my sister marry the woman I had planned to marry.”

In an update to the post, he said he took a trip to Vancouver the same weekend as the wedding, and has since entered counseling to work through the issues. At the end of the day, though, he said he’ll never opt to cut his sister out of his life completely.

Commenters unanimously voted that no, his behavior certainly does not make him an a**hole. And many offered empathetic support.

“If you are uncomfortable supporting their relationship, then you should not attend the wedding. But, please, don’t resort to drinking to deal with their actions/decisions,” one wrote, adding: “Your sister knew this would make you uncomfortable and that’s why she didn’t tell you when they started dating. That’s on her. She should have been up front with you.”

“I’m sorry that this happened to you. It’s wonderful that they’re in love, but they can’t expect you to be stoked about them being engaged when you’ve distanced yourself since they began dating,” another responded. “You can wish them luck, but also not wish to be involved and that’s fair.”