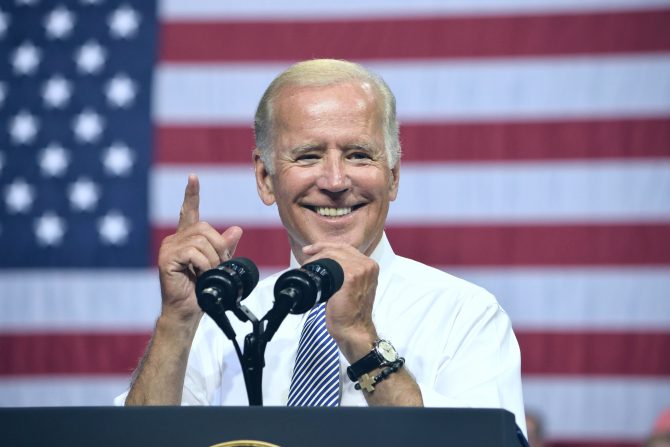 If you’re casting your ballot for Donald Tump, the candidate who has repeatedly talked about how hot his daughter is, how she’s a “piece of as*”, and how he’d date her if they weren’t related, you should maybe think twice before calling into question Joe Biden‘s relationship with his son.

But that didn’t stop former cop turned right-wing Newsmax TV  host John Cardillo, who posted a photo of Joe Biden kissing his son, Hunter, on the cheek, asking: “Does this look like an appropriate father/son interaction to you?”

Does this look like an appropriate father/son interaction to you? pic.twitter.com/XDMIsgjUKI

He followed up that eye-roll inducing question with: “Good morning to everyone except the creepy Bidens and their creepy staged pics.”

Good morning to everyone except the creepy Bidens and their creepy staged pics.

Well, Twitter was there to answer Cardillo’s question with a resounding….”yes, looks perfectly appropriate.”

Here’s some of the response it got:

Yes! And so needed. Sadly some parents believe they make their sons stronger by withholding affection. Those children will bear the scars. Being comfortable showing them love and affection at any age lets them build and model on true strength & not on the fear of appearing weak https://t.co/xA2O6er1pU

Attempts to stigmatize displays of affection by men and between men draw from the school of toxic masculinity, which frames noncompetitive emotions as weak and non aggressive physical touching as undesirable except in a heteronormative, primarily sexual context. https://t.co/FcaZm0nfws

Yes, actually, it does — that is, if you’re not distracted by toxic masculinity, patriarchal insecurity, and a deadening indifference to the affection that should prevail between father and son. We could use more of this right now! https://t.co/wbqsszvSJq

The Trump/Ivanka issue was certainly not lost on other commenters:

And at least one commenter was thankful for the post, but not for the reasons Cardillo hoped:

I want to thank @johncardillo for, even in his sad, disgusting ignorance, sparking an important and valuable conversation about fathers and sons. Mine was my hero. Died when I was 33. He hugged and kissed me like this thousands of times. I’d give anything for one more time. https://t.co/4lO10lmo8m

We hope Cardillo learned something from the response he got, but we won’t hold our breath.