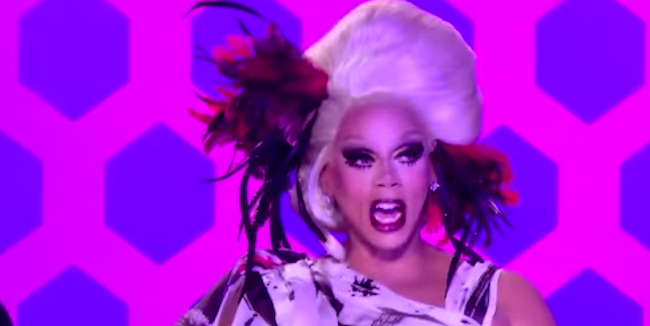 RuPaul recently alighted upon the set of Entertainment Weekly to serve up a quick primer on all the new girls and what it takes to get on the show.

Here’s what she says about a handful of the thirteen contestants:

“A Chicago girl… Chicago is a great city for drag queens.”

“So gorgeous. So reminiscent of the Hollywood stars.”

“One of our art-school intellectual queens who does a sort-of avant-garde twist on drag. Very very smart girl.”

“She’s auditioned, I think, every single season. And she finally got on.”

“If you heard her full name, you would be really shocked.”

Here’s the secret sauce that goes into the ultimate casting decision:

“Our show is put together as an ensemble, so each girl represents a certain genre like the comedy queen, or a head-shaking girl, y’know, all of that.

We’re looking for authenticity. A lot of the queens will audition, send in an audition reel where they do the exact same audition as the girl before. Nine out of the of the girls will say, ‘I will cut a bitch. If I get on your show, RuPaul, I will cut a bitch.’  They don’t realize everyone has actually said that.

It’s important for not just our drag queens but for everybody listening: find your authentic self, know thyself and deliver that at all times… that is when the party begins.”