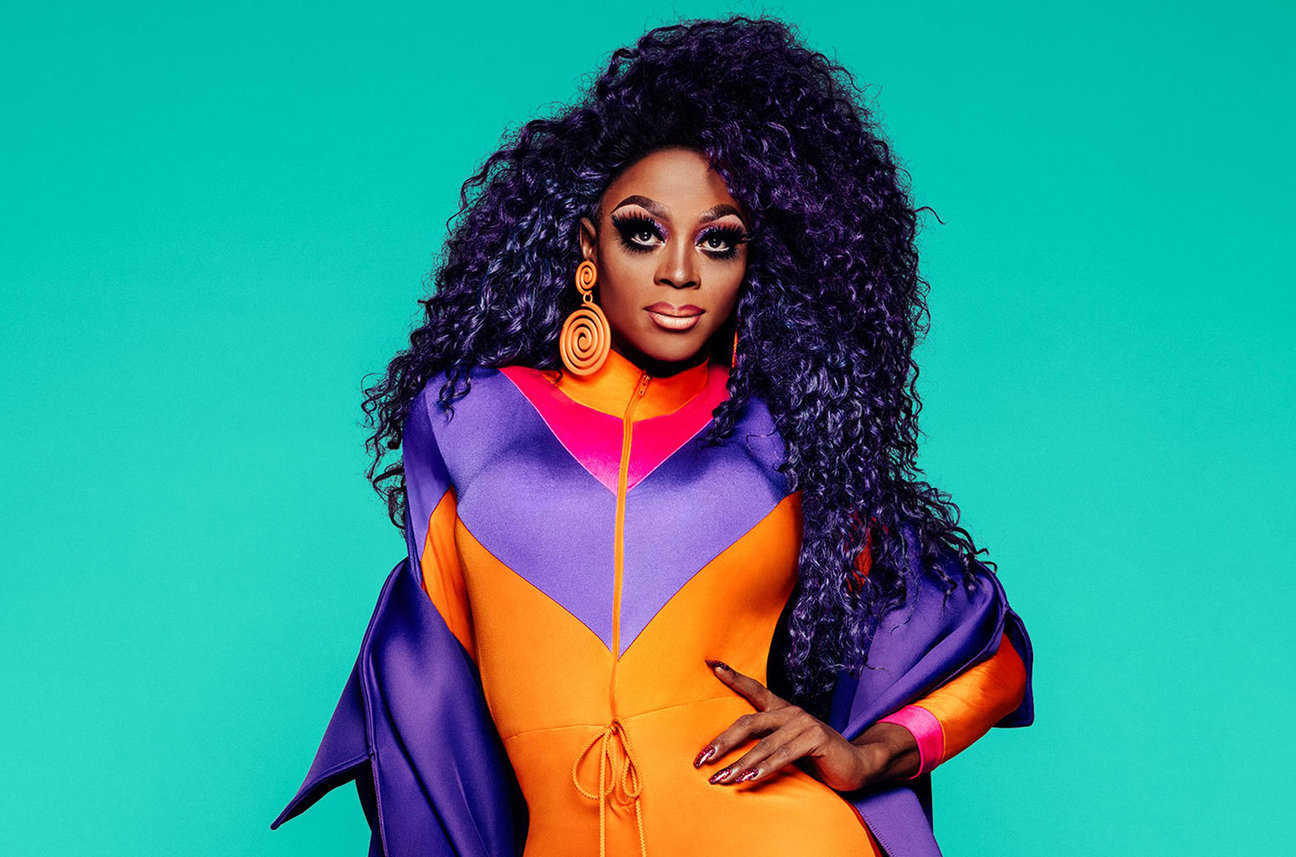 After getting their tucking panties in a bunch over Ra’jah O’Hara’s victory against Scarlet Envy, Bitter Betties among the Drag Race fandom were waiting in anticipation to see if they would get retribution for their fallen queen. As it turns out, by the end of the following episode, they did. Ra’jah, the queen who designed and made every outfit that she wore on the runway, found herself in the bottom two (again) for the Farm to Runway design challenge.

After repeatedly underperforming, Ra’jah felt that she needed to take a risk to prove that she could stand out and make it to the end. Her risk did not pay off, and the judges handed every Scarlet Envy fan exactly what they wanted and placed Ra’jah in the bottom two against A’keria Davenport.

This made Ra’jah the second queen in the show’s history, after season 6’s Coco Montrese, to lip sync four times because they were in the bottom. It’s not really the most flattering thing to be known for, but it also means that she can bring the house down during a performance.

We caught up with Ra’jah to talk lip syncs, rabid Drag Race fans, and to finally get to the bottom of that comment about Yvie Oddly’s hygiene.

The gay corner of the internet exploded in controversy when Ru saved you and sent Scarlet Envy home last week. How has that experience been?

It’s comical to me that the fans were in such an uproar about a decision that I didn’t make!  As an entertainer, all I can control is what I bring to the stage and how I embody and deliver a performance. Scarlet is an amazing queen with enormous talent but she did not win the lip sync. The viewers need to know that drag and lip syncing is not about the trick you pull out your sleeve but more so about fully captivating your audience with a dynamic performance by emoting and embodying the essence of the song.

LOVE taught me who was THE BOSS… Feeling like Ross! Amazing image by @welovequeens @davidelaffe dress by my sister @omazingdesigns

Do you think Drag Race fans are particularly vicious online and if so, why do you think that’s the case? What can we do to fix it?

Just with what I’ve experienced the fans can be vicious, for sure. Don’t get me wrong, there’s a lot of love there but I’ve been receiving an immense amount of hate due to fans not liking the way I interacted with their faves. I know for sure that hurt people hurt people. So the kids (that includes the grown “kids” too) that are sending out hate are just hurting and sometimes when you have no proper outlet to express yourself, or you don’t feel heard, you lash out (i.e. my exchange with Plastique). The only thing I can do is continue to spread the message of love! The only way to drown out the darkness is with light, so for those that are hurting…I love you, just in case you haven’t heard it today.

Many of your runway looks weren’t given the praise they deserved, especially considering you made every single one. How long did that take and what is your design aesthetic?

I appreciate that! I felt that I didn’t get enough credit either. Everything that I brought, I wanted to be a true representation of who I am and my drag. I took a lot of pride in knowing that my own creations were walking the runway as opposed to giving a designer credit! My design aesthetic is fashion forward street style. Think Moschino! I’m a body queen that loves something that showcases my physique and hugs my curves.

You had a few upset and heated moments with Yvie Oddly, Scarlet O’Hara, and Plastique Tiara. Have you guys patched things up since the show?

Come through “Scarlet O’Hara”! Did you just marry us off?!

Wow! I must have been Gone with the Wind or something! I meant Scarlet Envy. Hahaha

My relationship with those girls were developing, so what you got to see was people who were not friends in a competition where one person is crowned the winner (typically). So it was hard to tow the line of friendship, but outside the competition we are good! I think, but we may have to see after the reunion.

One of my favorite shady moments this season was your iconic line “Bitch, do you bathe?” in reference to Yvie. What exactly does Yvie smell like? Hahaha

I’m not even gonna go there. Yvie, I’m sure is tired of hearing it and I’m definitely finished talking about it! hahaha

Ok, that’s totally fair. Do you feel like you were portrayed fairly on the show?

I feel like the viewer got a glimpse of my Drag Race experience. It wasn’t always laughs and giggles. I had a hard time! I think they got to see a real person on TV have struggles, deal with self doubt, fight to overcome negative thinking and of course have some lighthearted, shady moments. It’s not the true story of who I am but it is accurate to my experience on the Race.

You were this season’s undisputed Lip sync Assassin! How does it feel to have that title?

It’s a blessing and a curse. It’s good because I’m known for my lip sync performance (which as a drag queen isn’t a bad thing). But in terms of the competition it means I had the worst performance and was able to stick around to fight another day due to my skill as a performer. I don’t hate it though.

What do you think makes a lip sync performance really great?

A great lip sync is one that makes you feel something! As entertainers, it’s our job to transform a song and audience into our own experience.

How was your experience on Drag Race different from what you were expecting?

I expected to win, so my experience was way different than I had hoped. The race is so much harder than it looks on TV, so hats off to anyone that’s ever walked through the doors of the Werk Room!

Is there any drag family relation between you and previous O’Haras who have been on Drag Race? Where does the name come from?

Yes, Asia O’Hara and I are cousins (both from Dallas, TX).  The family name originated with Sweet Savage, a Texas drag legend. Her husband’s legal last name was O’Hara so she named her drag children with the last name and it’s been pasted down from generation to generation. I’m also related to Kennedy and (the late) Sahara Davenport, my sisters, because I’m also apart of the House of Davenport. One could say I’m the best of both worlds. No Miley Cyrus pun intended.

What’s next for Ra’jah O’Hara?

I’m working on some music and a few fashion products. Getting ready for Dragcon LA May 24-26, as well as the season 11 tour. You can find my full schedule at www.therajahohara.com