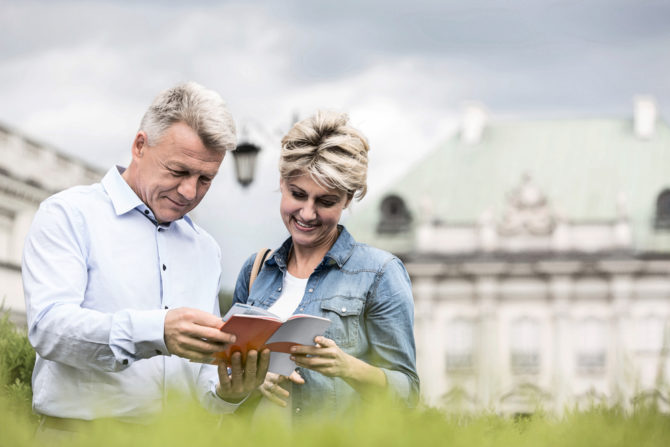 It’s not uncommon for countries to supply their citizens with pamphlets offering useful tips on cultural sensitivity when traveling overseas.

According to the Independent, the Russian Foreign Ministry has updated its “General Elements of Behavior” guide to include tips for citizens on how to behave around LGBTQ people in other countries. Mainly, countries unlike Russia, where homophobia is not sanctioned by the government and where movies like Beauty and the Beast and Power Rangers are not given 18+ ratings for deigning to feature openly queer characters.

In general, the new guide says Russian tourists may want to refrain from using anti-LGBTQ rhetoric in places where gay rights are part of national policy. For instance, in France, the guide cautions tourists to be respectful of gay people and “not to address representatives of the LGBT community” with slurs or insults.

In Spain, the guide explains that “public expression of negative attitudes towards people of non-traditional sexual orientation will not meet with understanding, therefore, one should abstain from it.”

Related: Russian website warns travelers how many gays are in any given city

In Canada, the guide says, “gay marriage has been legalized for a long time” and adds that “there is a serious fixation on gender equality.”

And in Denmark, the guide alerts tourists that “it is not necessary to touch upon the themes of race, ethnicity, and sexual orientation.”

How about the United States?

Amazingly, the guide makes no mention of the U.S. whatsoever. A similar guide put out by the U.S. State Departments, however, warns American tourists that in Russia “discrimination based on sexual orientation is widespread” and says “acts of violence and harassment targeting LGBTI individuals occur.”

Other tips in the guide include: Don’t “loudly shout and get drunk” in Mongolia; don’t be surprised if Greek people “abundantly sprinkle their speech with curses”; don’t sit “directly next to passengers if there are vacant separate seats” available in Sweden; and in the Netherlands, “it is better not to question the Dutch about the royal family.”