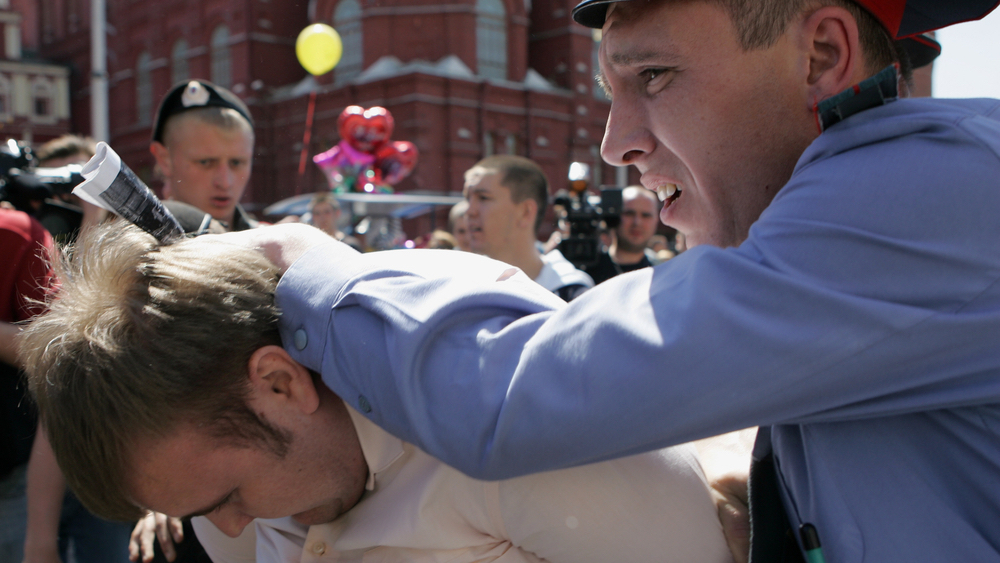 After an alleged “complaint,” authorities in the northeastern coastal city of Arkhangelsk, Russia raided the local LGBTQ center late last week “inspecting and withdrawing materials” from the center and detaining “volunteers, lawyers and five volunteers” inside, according to Gay Star News.

Thus far, no other media outlets have reported on the raid. Government officials have also not issued any public comment. But the report raises concerning because of Russia’s anti-LGBTQ policies.

In 2013, Russia passed a nationwide law banning “propaganda of nontraditional sexual relationships.” Soon after, Russian authorities began cracking down on LGBTQ activism online and off.

Hornet reports, “In January 2014, Russian authorities reportedly filed charges against the head of Children 404, the Russian version of the “It Gets Better” project. In April 2014, St. Petersburg police disrupted a showing of a gay teen documentary at a local film festival associated with Children 404. In the same year, a Russian newspaper was fined $1,400 for reporting on the firing of a gay teacher.”

In addition to all this, Human Rights Watch says at least seven LGBTQ-identified educators have been fired or forced to resign over fears that they’ll spread “propaganda and non-heterosexual orientation to children.”

If that wasn’t bad enough, the semi-autonomous Russian Republic of Chechnya has an ongoing campaign of kidnapping, detaining, torturing and murdering queer people over false charges of drug dealing and terrorism.

It’s unclear whether anyone detained inside of Arkhangelsk’s LGBTQ center will be charged for spreading propaganda.