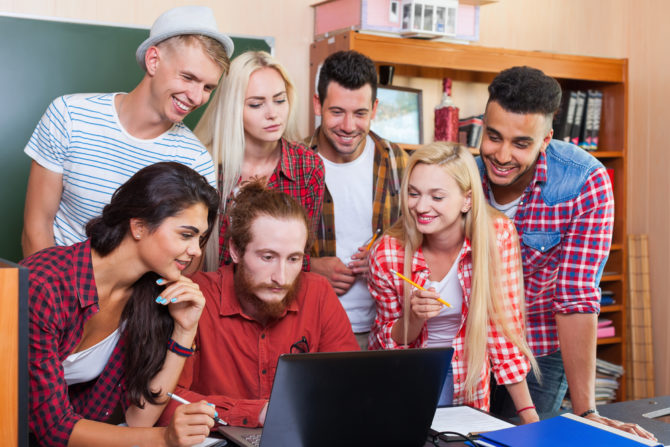 A group of parents and school officials from Fresno, CA are in an uproar after being told they have to offer “unbiased and medically accurate sex ed” to students.

Basically, all the stuff one would expect to learn about in a thorough and accurate sex ed class.

Related: Nearly Half Of Gay Men Use Adult Films For Sex Education

Well, Fresno Unified school board president Brooke Ashjian, a Mormon and strident Trump supporter, is against the new curriculum and says he’s afraid it will turn young, moldable children into raging homosexuals.

My biggest fear in teaching this–which we’re going to do it because it’s the law–but you have kids who are extremely moldable at this stage, and if you start telling them that LGBT is OK and that it’s a way of life, well maybe you just swayed the kid to go that way. It’s so important for parents to teach these Judeo-Christian philosophies.

He added that it’s up to parents, not schools or lawmakers, to teach kids “about morality,” and that all of this is a result of “society going away from church.”

Dr. Steven Fogg, whose children are grown and don’t attend the schools impacted, agrees with Ashjian.

“We are a very conservative community,” he said. “Many of us have similar values in our school systems, and we promote that. That’s why we move here. … The problem is when those with other lifestyles push too far and try to change us … The city of Clovis won’t put up with that.”

“Nobody is pro-teens-having-sex, but we don’t talk about it. It’s still taboo,” she said. “When we talk to them about drugs and alcohol, it’s not because we condone it, it’s because we know that they could cause harm. It’s the same thing with sex.”

“Sex comes with a great responsibility because it adds heaviness to your relationship,” Wilson said. “I got pregnant at 16, so I get it.”