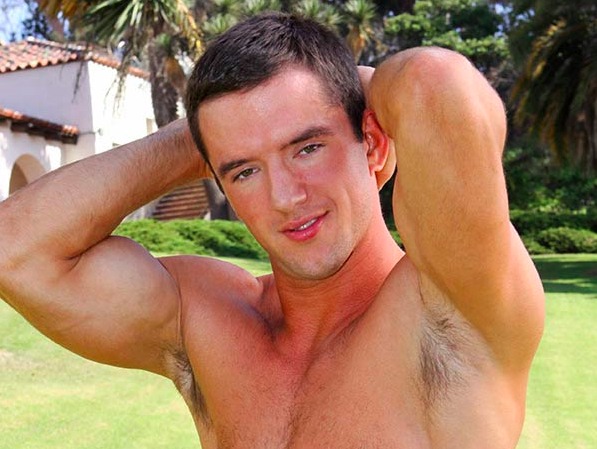 A former Sean Cody star has been charged with the murder.

According to court records, Joplin visited Garcia at his home in Ketchikan, Alaska last March. He spent the night before returning home to Washington.

They guys planned to meet up again laster that week at a medical conference in Las Vegas, but the doctor never showed.

Joplin called Ketchikan police to say he hadn’t heard from Garcia and was worried. So the cops went to Garcia’s house for a welfare check. When he didn’t answer the door, they assumed he was traveling for business.

A week later, Joplin called them again to say he hadn’t heard from Garcia. He offered to go to Ketchikan and let them into the house with his spare key. When police arrived, they found Garcia’s body, which had been dead for about 10 days.

But the story doesn’t end there.

All of that stuff was missing from the doctor’s house.

Police found many of the valuables, plus a flat screen TV and two laptop computers belonging to Garcia, at Joplin’s house in Washington. Apparently he had shipped it all down there the day after Garcia was last seen alive.

Joplin was arrested and transported to Ketchikan where is being held on $200,000 bail. He faces charges of first degree theft and murder, both of which he has pleaded not guilty to.

His trial is scheduled for November.

haunted by the past
8