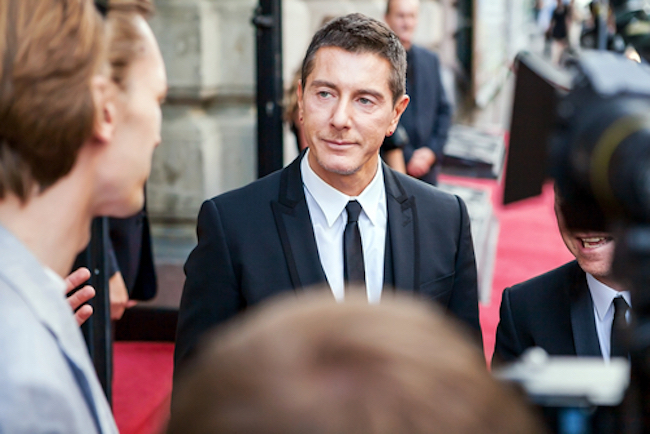 Stefano Gabbana has a message for you. He no longer wants to be “identified by [his] sexual choices,” okay?

The 55-year-old Italian fashion mogul — one half of the Dolce & Gabbana brand — told Corriere della Sera that he considers himself “simply a man.”

“The word ‘gay’ was invented by those who need to label people, and I don’t want to be identified by my sexual choices”.

Gabbana then said something about wanting to be considered human rather than gay or something:

“I thought that I could help spread a new culture as a famous person,” he said. “A culture no longer based on gay rights but on human rights.”

“We are human beings before being gay, heterosexual, or bisexual.”

Earlier this year, Gabanna had a crazed social media meltdown after being roundly criticized for dressing up Melania Trump.

And this isn’t the first time he’s asked that we kindly refer to him as simply a man rather than simply a gay man.

In January, he lashed out at “ignorant critics” on Instagram, saying, ““Don’t call me gay please!! Im a man!!! Who I love its my private life!!! [sic]”