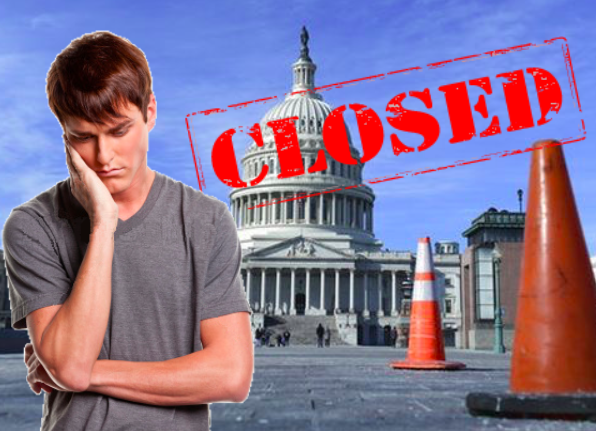 A Tempe, Arizona man claims his identity was stolen by a sugar daddy, but he can’t get the help he desperately needs because of the government shutdown.

23-year-old Dalton Tannehill met “James” via Grindr back in November. The two hit it off when James offered Dalton a $1,000 a month allowance. James also included a picture of a man in his 50s with greying blond hair.

James earned Dalton’s trust by wiring him $2,480 to cover his credit card bills. At that point, Tannehill felt more confident about James’ intentions.

“Before the payment was processed, I was obviously suspicious,” Tannehill said. “When it processed, I felt, ‘Okay, good. This is legit. I actually have a real and legitimate sugar daddy!”

Tannehill didn’t think it at all suspicious when James began asking about some of Dalton’s vital information, like his credit card and social security numbers.

He went on to spend another $1,000 on gift cards at James’ insistence, anticipating that the sugar daddy would pay him again. Around the same time, James became more and more aggressive, demanding that Dalton respond to his messages with more immediacy. When he couldn’t, James blocked Dalton on all forms of communication and retracted his payments.

Following the drama, Dalton tried to file a report with the Federal Trade Commission, fearing that his identity had been compromised. Unfortunately, the government shutdown prevented him from doing so.

The two web pages for identity theft that the agency maintains have gone offline as part of the suspension of government services initiated by Donald Trump over his pet project: an unnecessary wall between Mexico and the United States.

Note to all the sugar daddies and sugar babes of the world: Only do business in cash during a government crisis. Also, never give out your vital information to anyone, ever.