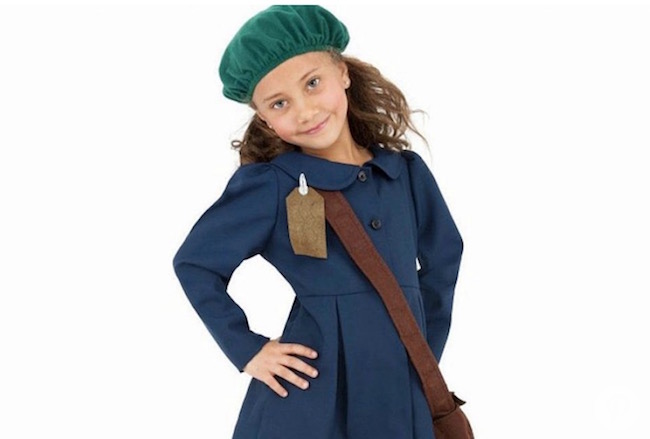 So when does it dawn on you that you’re in the middle of realizing a really bad idea? As you dutifully stitch together the cute little beret? As you attach the shoulder strap to the brown satchel bag? How about when you affix the “destination tag” to that navy blue dress?

At exactly what point do you decide an Anne Frank Halloween costume isn’t such a hot concept after all?

The answer: You don’t — not if you’re the creative team at HalloweenCostumes.com, anyway. The website has come under considerable fire for featuring the “Anne Frank costume for girls,” along with the piping white-hot sales copy that goes a little something like this:

“We can always learn from the struggles of history! Now, your child can play the role of a World War II hero with this girls World War II costume.”

Apparently, it didn’t occur to anyone that this isn’t tasteful attire for young girls who want to go door to door to get their hands on all the Abba-Zabbas.

Yeah this seems super uncool. You seen this @carlosgeADL ? pic.twitter.com/uhKS3g9b2J

As Twitter weighed in on this misguided business venture, a PR spokesperson magically materialized to chime in:

“Thank you for reaching out. We sell costumes not only for Halloween, but for many uses outside of the Halloween season, such as school projects and plays. We offer several times of historically accurate costumes — from prominent figures to political figures, to television characters.”

Well, the costume has now been removed from the website. But as Entertainment Weekly points out, you can still offend friends and strangers alike as a “Chinese Gentleman,” “Snake Charmer,” or “Mexican Serape”. (Actually, that’s sold out.)

Here’s an idea, though: 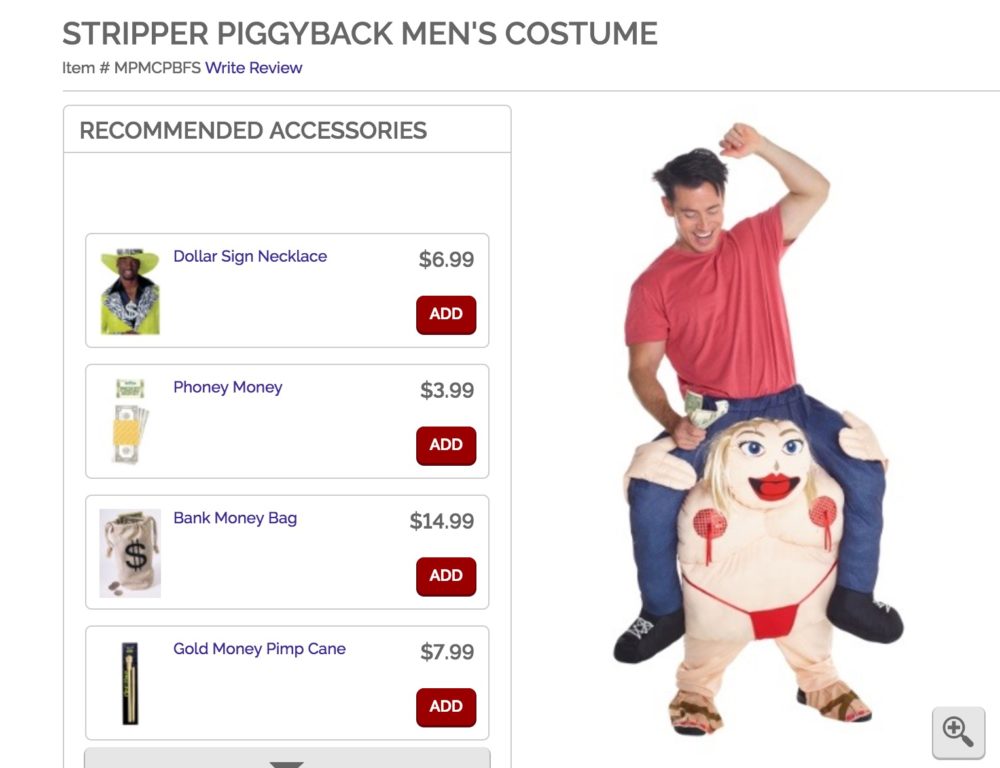 Oh, and how about this “Recommended Accessory”… ? 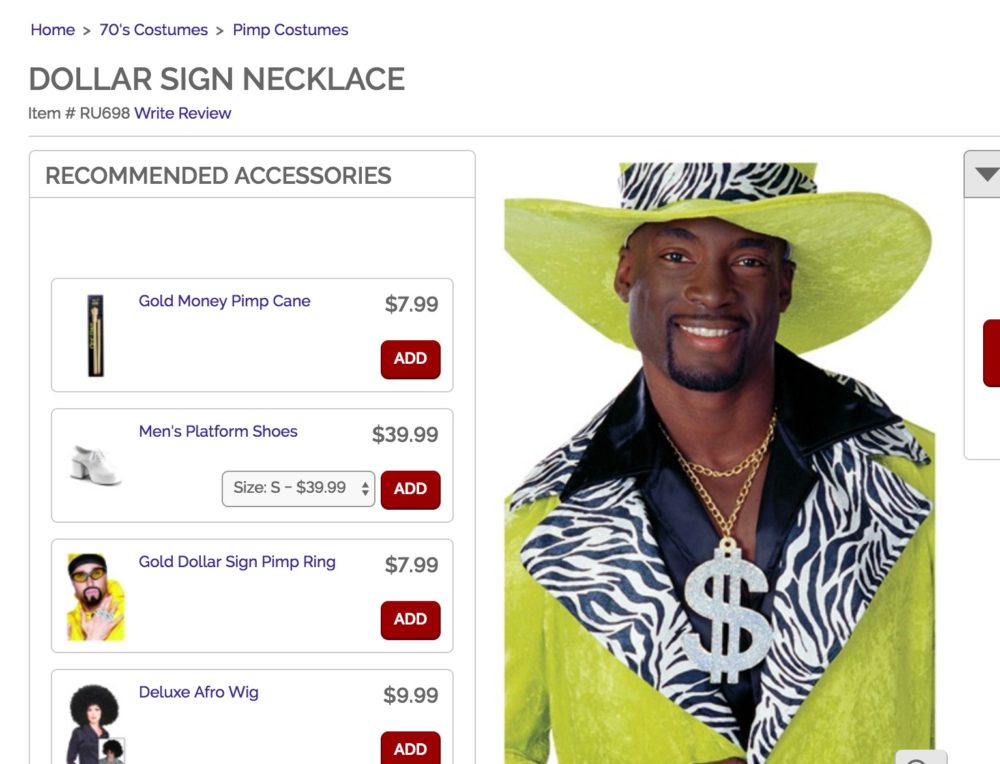 And just on a hunch, we searched for a “terrorist” costume, and here’s what we got: 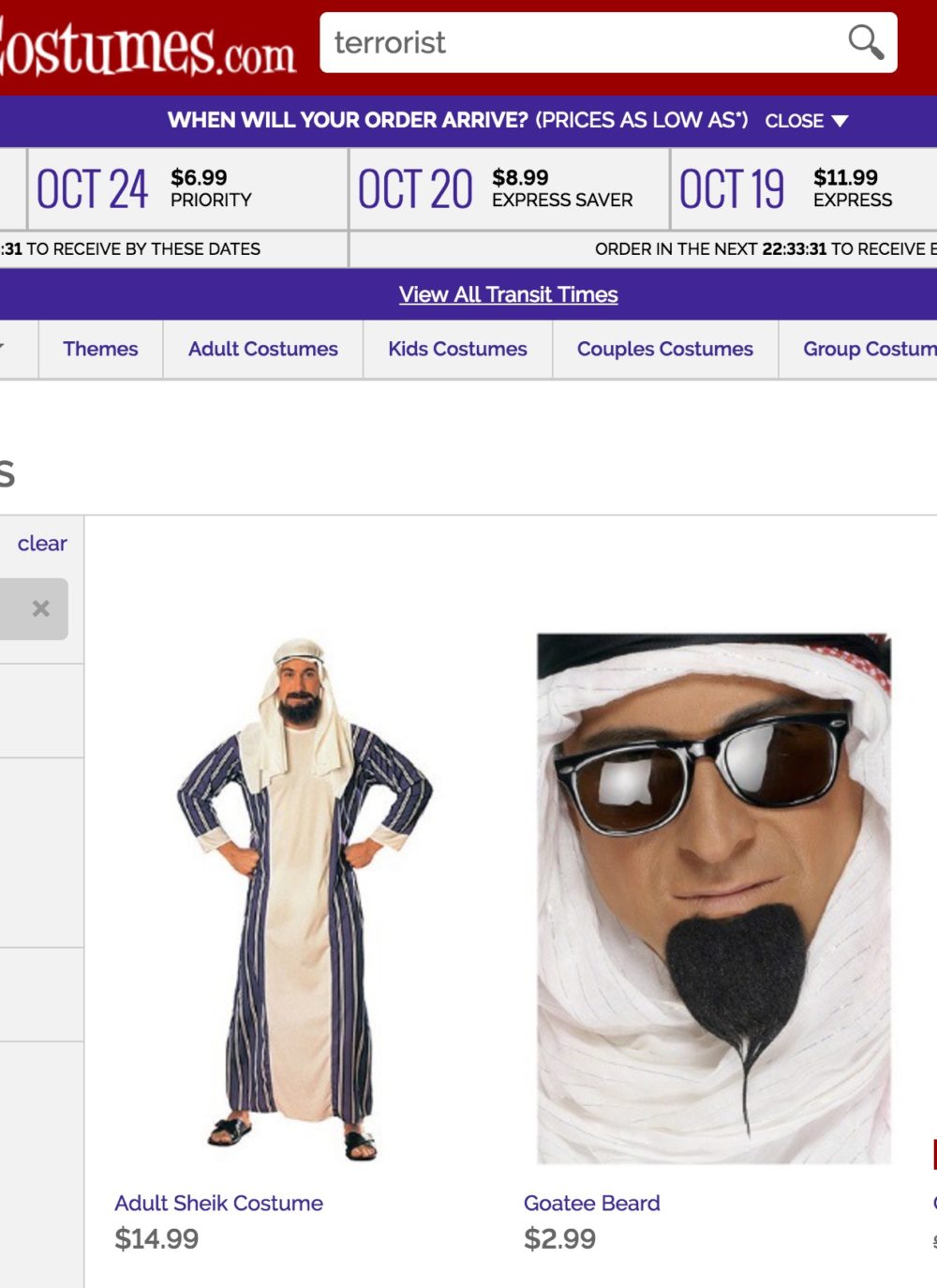