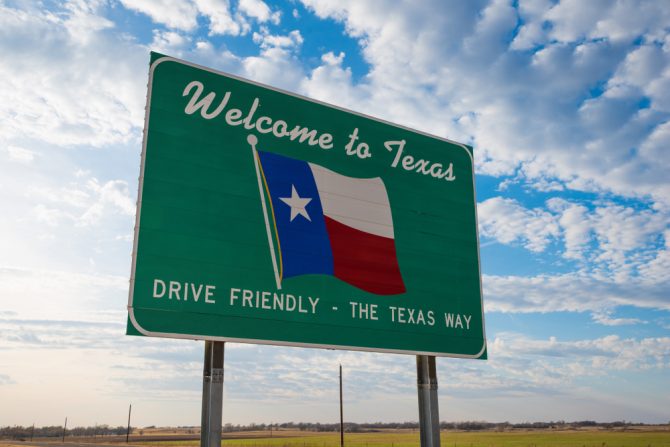 The State of Texas has just been busted for deleting the existence of LGBTQ people from its official website.

The New York Times reports that the state scrubbed a resources page for LGBTQ youth from its site after one of Gov. Greg Abbott’s Republican primary challengers called it “offensive” and not in line with good ol’ fashioned “Texas values.”

Candidate Don Huffines voiced his outrage over the page in a homophobic video posted to Twitter on August 31.

“They are promoting transgender sexual policies to Texas youth!” he raged. “I mean, really?! This is Texas! These are not Texas values. These are not Republican Party values. But these are obviously Greg Abbott’s values.”

Hours after Huffines posted the video, the page vanished.

It’s offensive to see @GregAbbott_TX use our tax dollars to advocate for transgender ideology. This must end. #txlege pic.twitter.com/gQiAEJZ8YR

To add insult to injury, the page, which provided information for LGBTQ youth who were feeling depressed, bullied, or suicidal, was removed at the start of Suicide Prevention and Awareness Month.

Patrick Crimmins, spokesman for the Texas Department of Family and Protective Services, claims it was taken down “as part of a review,” but leaked internal emails suggest officials took it down in response to Huffines’s comments.

“FYI. This is starting to blow up on Twitter,” department official, Marissa Gonzales, wrote shortly after the homophobic video went live.

A follow up email sent from Crimmins reads, “Please note we may need to take that page down, or somehow revise content.” One day later, an email was sent to the webmaster explaining that “the Texas Youth Connection (TYC) website has been temporarily disabled for a comprehensive review of its content.”

“This is being done to ensure that its information, resources and referrals are current,” it claimed.

Six weeks later, the “comprehensive review” still is not complete and Gov. Abbott’s office is refusing to comment on the matter.

In a statement, Ricardo Martinez, chief executive of Equality Texas, blasted the state for removing the page.

“State agencies know that LGBTQ+ kids are overrepresented in foster care and they know they face truly staggering discrimination and abuse,” Martinez said. “The state is responsible for these kids’ lives, yet it actively took away a resource for them when they are in crisis.”

As for Huffines, he appears to have moved on from attacking LGBTQ youth and is now on a crusade against mask mandates as the state continues to report some of the highest COVID-19 death rates in the nation.

The role of government is always to defend the God-given liberties of its citizens.

Vaccine mandates are an attack on that liberty whether they come from the government or a private business. They must be stopped.