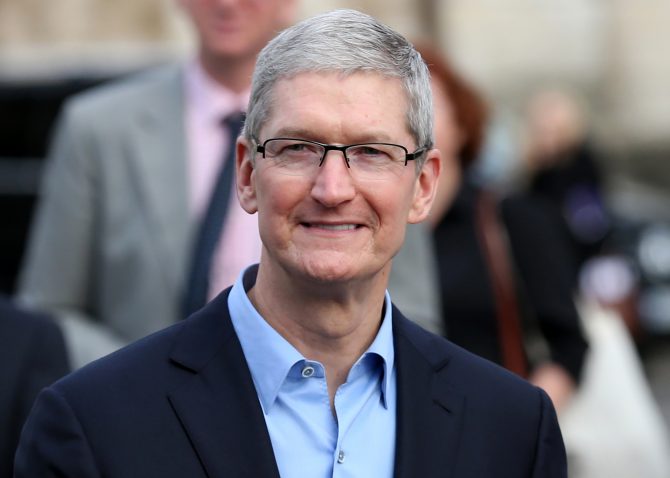 This profile is part nineteen of Queerty’s 2020 Out For Good series, recognizing public figures who’ve had the courage to come out and make a difference in the past year, in celebration of National Coming Out Day on October 11.

Bio: After starting out at IBM and Compaq, Cook joined Apple as a senior vice president in 1998 after a memorable meeting with late Apple co-founder Steve Jobs. “On that day in early 1998, I listened to my intuition — not the left side of my brain or, for that matter, even the people who knew me best,” he later said. “No more than five minutes into my initial interview with Steve, I wanted to throw caution and logic to the wind and join Apple. My intuition already knew that joining Apple was a once in a lifetime opportunity to work for the creative genius and to be on the executive team that could resurrect a great American company.”

Cook has been CEO of Apple ever since Jobs resigned in 2011 and has raised the company’s market value from $348 billion to $1.9 trillion, according to The Wall Street Journal. He’s also the first CEO of a Fortune 500 company to come out as gay, according to NBC News.

Coming Out: Cook opened up about his sexuality in a 2014 Bloomberg Business essay. “I’m proud to be gay, and I consider being gay among the greatest gifts God has given me,” he said. “Being gay has given me a deeper understanding of what it means to be in the minority and provided a window into the challenges that people in other minority groups deal with every day. It’s made me more empathetic, which has led to a richer life. It’s been tough and uncomfortable at times, but it has given me the confidence to be myself, to follow my own path, and to rise above adversity and bigotry. It’s also given me the skin of a rhinoceros, which comes in handy when you’re the CEO of Apple.”

How He Made a Difference: In a 2019 interview with People en Español, Cook revealed that he decided to publicly come out after receive letters from young people who were struggling with their sexual orientation and who were depressed or even experiencing suicidal thoughts. “There’s been a lot of people that came before me that made it possible for me to sit here today, and I needed to do something to help those people that were in a younger generation,” he said.

Cook also discussed parents who struggle to accept their children’s sexuality. “They think their child’s potential is less because they’re gay,” he said. “They think they can’t achieve. They think they’ll be bullied. They think that it’s almost a life sentence to not have as good a life, to not have a happy life. My message to them is that it doesn’t have to be like that. It starts with them because if they treat their child with respect and dignity, just like we treat each other, then that child can do anything they want, including [being] the CEO of Apple, or to be the president or whatever they want. Being gay is not a limitation. It’s a feature.”

“We pave the sunlit path toward justice together, brick by brick. This is my brick.” – Tim Cook, in his 2014 Bloomberg Business essay.