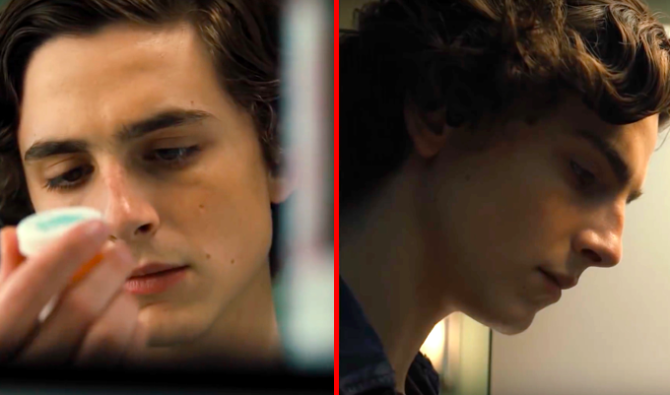 The film was produced by Amazon Studios and is based on the memoir Beautiful Boy: A Father’s Journey Through His Son’s Addiction by David Sheff, and his son Nic Sheff’s memoir Tweak: Growing Up on Methamphetamines.

Related: Timothée Chalamet publicly thanks Armie Hammer’s wife for “letting me crawl all over your husband”

“I’m attracted to craziness and you’re just embarrassed because I was like, this amazing thing, like your special creation or something and you don’t like who I am now,” Nic tells his father, played by Steve Carell, at a restaurant.

Related: Armie Hammer gets even gayer for his next film