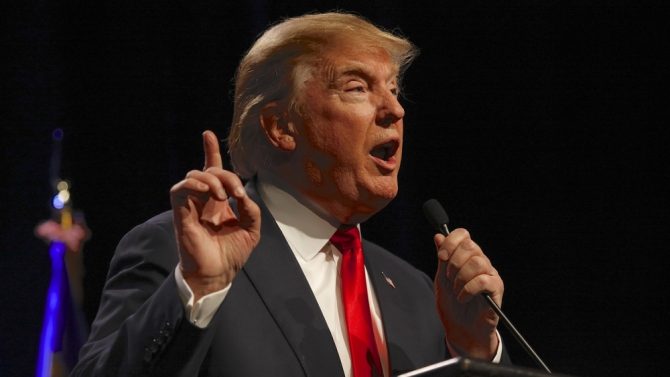 So here’s a thing that happened today…

The remarks came during a long and rambling aside about the “tremendous progress” being made on the COVID-19 vaccine. Trump told reporters that, while working on the vaccine, the “most brilliant” American scientists and “best” American doctors also stumbled upon a vaccine for AIDS.

“I deal with these incredible scientists [and] doctors very, very closely,” Trump blabbered. “I have great respect for their minds and they have come up with things. They’ve come up with many other cures and therapeutics over the years.”

“These are the… best, the smartest, most brilliant anywhere,” he said. “And they’ve come up with the AIDS vaccine!”

Continued Trump, “As you know, there’s various things and now various companies are involved… but the therapeutic for AIDS… AIDS was a death sentence, and now people live a life with a pill. It’s an incredible thing.”

To be very, very clear, according to HIV.gov, “There is currently no vaccine available that will prevent HIV infection or treat those who have it.”

There are, however, antiretroviral medicines that can maintain viral suppression in people who are HIV-positive, as well as pre-exposure prophylaxis (PrEP), which can be taken to help reduce an HIV-negative person’s risk of getting HIV if they are exposed to the virus, but those are not vaccines.

That’s probably what Trump was talking about, but, honestly, who knows?

HIV/AIDS used to be viewed as a death sentence, but a series of medical breakthroughs in the early 1990s and continuing through today have made it so people living with HIV, with the help of antiretroviral medication, can enjoy healthy life spans comparable to people who are HIV-negative.

Watch Trump tout the imaginary AIDS vaccine below. Or don’t.

President Trump: "They've come up with the AIDS vaccine." pic.twitter.com/JF6zCdmPYC