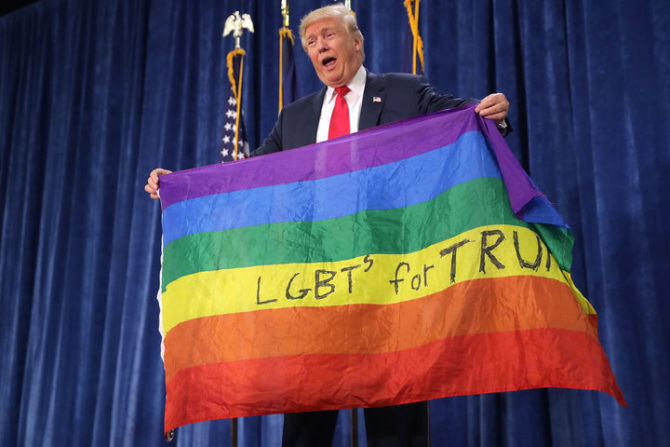 While memorials to the victims of the Pulse massacre were taking place marking the four year anniversary of the attack, the Trump Administration had another message for LGBTQ people: They finalized a rule that would remove nondiscrimination protections for LGBTQ people in the areas of health care and health insurance. The rule would put transgender people in an even more difficult and often dangerous healthcare environment.

The rule defines “sex discrimination” as discrimination based on whether someone is male or female, reversing the Obama update that included ‘sexual orientation’ and ‘gender identity.’

Under the new rule, explains Lindsey Dawson of the HIV Policiy at the Kaiser Family Foundation to NPR, a transgender person could be turned away from seeking medical treatment.

Also covered in the new rule — an insurance company could “charge higher premiums or other fees for those who are LGBTQ [or] cancel or deny coverage,” Dawson says.

“I can relate a decade of stories about getting terrible health care because I’m trans,” Brighe says. “We walk into any given health care situation not knowing whether doctors are going to treat us well, whether we’re going to get high quality care, whether any given, random health care person is going to be terrible to us.”

“The way that [rule] reads to me is that people could refuse to collect your COVID specimen because they don’t want to touch a trans person,” she adds. “That’s a recipe for spreading a really terrible pandemic among a really, really vulnerable population.”

The finalized new rule may face opposition in the senate and is almost sure to be challenged in court.

The news comes the same day it was announced the official 2020 Republican party platform renews attacks on marriage equality and queer rights.