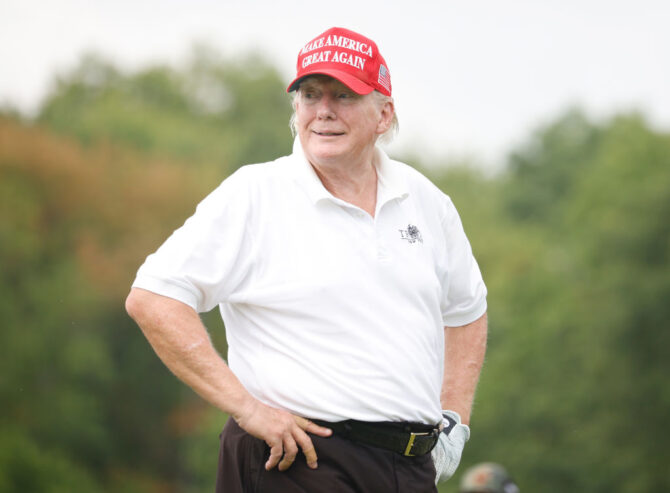 Donald Trump and his camp are reportedly having a collective panic attack after coming to the conclusion that a member of the ex-president’s own family might have tipped off the FBI about the classified documents being stored in the basement of at Mar-a-Lago.

Multiple sources close to Trump tell The Guardian that after the FBI searched his Palm Beach resort last week, aides began frantically speculating about who among them was in cahoots with the agency.

Initially they thought it might be one of the ex-president’s political aides, or perhaps a member of the resort staff. But now they suspect the “Mar-a-Lago mole” might be closer to Trump than they first thought.

Because only a family member would have known to tell agents to look for a specific leather-bound box, as well the location of Trump’s safe. The FBI immediately found those things without anyone on site showing them where to look.

Both the ex-president’s niece, Mary, and his former attorney, Michael Cohen, have already publicly speculated that his son-in-law, Jared Kushner, might be the confidential informant, although neither offered any evidence to back their claims.

Still, it makes a lot of sense.

Both Jared and Ivanka have distanced themselves from Donald and kept incredibly low profiles since leaving Washington, D.C. They’ve made very few public appearances and haven’t done any major interviews–aside from giving sworn testimony to the January 6 committee, that is.

Trump’s camp hasn’t responded to requests for comment who they believe the Mar-a-Lago mole might be, and calls to his lawyers have reportedly gone straight to voicemail. The Justice Department, too, has declined to comment.

But Randy Rainbow has some things to say about it!

He just released his new video “Lock Him Up Yesterday!”, in which he calls on Merrick Garland to “get your sh*t together” and criminally charge the ex-president.

I wonder how Trump must feel knowing there’s a mole inside Mar-a-Lago.

Can we just start calling him "The Mar-a-Lago Mole?" pic.twitter.com/zYIXIwO10f

The wonderful Mary Trump has suggested that Jared Kushner is the Mar-a-Lago mole. Which secretly thrilled Jared because it's a step up from being called weasel, rat, skunk, sloth or Jared Kushner

I know this may a bit “out there”… but, these days, what isn’t? Is it possible that Jared is “the Mar a Lago mole” because he’s jealous of his wife’s relationship with her father? Just an idle question for a Thursday afternoon.

I hope the guy running the omelette station at Mar a Lago is the mole.

When you escape being scrutinized for possible criminal activity one could surmise
Jared Kushner is a mole.

Donald Trump will now go total paranoia cuz he won't know who the inside mole is at Mar-a-Lago and won't be able to trust anyone. Who is wearing a wire??

The fact that the mole at Mar-a-Lago could be a member of Trump’s family speaks to what a dumpster-sized piece of shit he is.

Mary Trump and Michael Cohen think Jared Kushner is the mole. So I guess he went from back channels to back tunnels.

The Mole of Mar-a-Lago. Okay, that’s gonna be a bestseller.