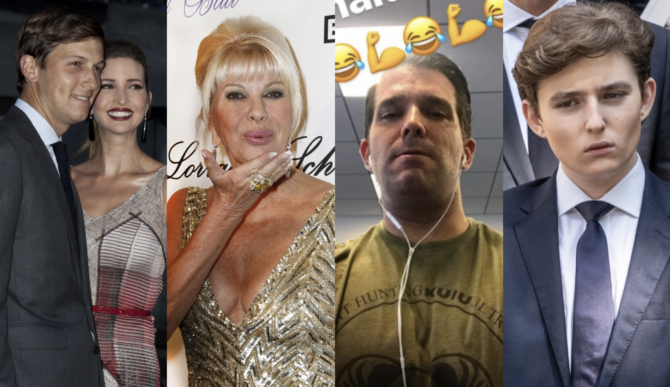 Mary Trump thinks she knows who might have tipped off the FBI about the classified documents being illegally stored at Mar-a-Lago by her crazy uncle.

Since the raid, multiple media outlets have reported that the FBI was tipped off by an informant close to the twice impeached, one term ex-president.

“I think we need to look very hard at why Jared [Kushner] got $2 billion,” she continued, referring to an investment into Kushner’s private equity firm from a fund belonging to the crown prince of Saudi Arabia, Mohammed bin Salman.

“We need to look very hard at why he has been so quiet for so many months now.”

Both Jared and Ivanka have kept incredibly low profiles since leaving Washington, D.C. in January 2021. They have made very few public appearances and haven’t done any major interviews–aside from giving sworn testimony to the January 6 committee, that is.

Mary added: “And we need to think about who could also be implicated in this that would need as big a play as turning Donald in in order to get out of trouble, or at least to mitigate the trouble they’re in.”

“It sounds like somebody in Jared’s position. I’m not saying it’s Jared, but it could be.”

“It’s definitely a member of his inner circle,” Cohen pontificated, adding that he “would not be surprised to find out it is Jared or one of his children.”

“Who else would know about the existence of a safe and the specific contents kept inside?”

The wonderful Mary Trump has suggested that Jared Kushner is the Mar-a-Lago mole. Which secretly thrilled Jared because it's a step up from being called weasel, rat, skunk, sloth or Jared Kushner

Mary Trump is right. Jared and Vanky went to the DOJ.. https://t.co/sqkZcERSVt

He got his saudi money, he doesn’t need donny anymore.

It’s hard to believe that Mary Trump and Donnie have the same DNA.

The son-in-law-in-chief bailed before any of them. He saw what happened to his father, he’s not going to stick his neck out for his FIL.

So Mary trump thinks Jared Kushner is the Mar-a-Lago mole, eh? That would explain why the code name the FBI had for the informant was “Slenderman.” Never bone saw that one coming!

Mary Trump is the only Trump I can think of that doesn't belong on a monkey island or in a reptile house.

Mary Trump has been a heroine during all this, and she deserves a debt of gratitude for speaking up, and against, her deranged uncle…

Raise your proud ? hand in support of Mary Trump…the only good Trump. ?

Related: Melania’s closet searched by FBI during Mar-a-Lago raid… What was she hiding in there???