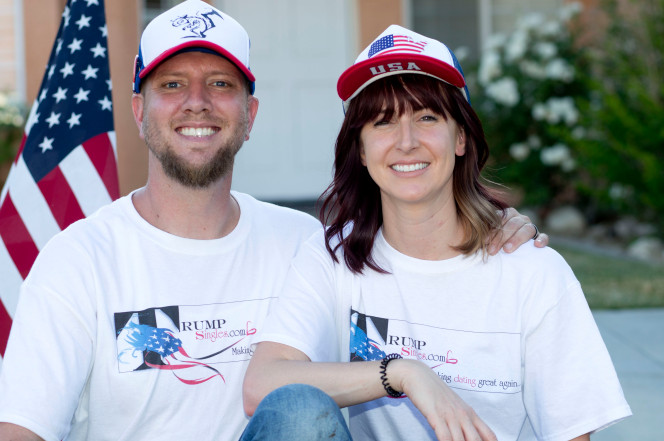 The most recent Match.com Singles in America survey found that “voting for Trump” was the country’s #2 turn-off when it came to dating, second only to “complaining on Facebook.”

Well, never fear, Trumpers! There’s hope yet. TrumpSingles is a dating site exclusively for single people whose political beliefs have caused them to be labeled as undesirable by the general population.

“At TrumpSingles.com we strive to make dating great again by offering a place where you can find single, like-minded people!” the website promises.

Related: LGBTQ Trump supporters complain about being “excommunicated” by peers

The site, which allows users to search for same-sex or opposite-sex partners, emerged a few months ago, but it has just recently started gaining traction. It claims to have about 25,000 members, and that that number has only increased since Trump took office last month.

Borrowing a page from Trump’s playbook, Goss says he does most of his marketing on Twitter, with popular posts such as these:

Love long walks with your love? Find someone who feels the same on #TrumpSingles today! https://t.co/Zqfp55HUj9 pic.twitter.com/7qJIHUIL2q

Attention ladies! There are amazing men to choose for on our #dating site! https://t.co/Zqfp55HUj9 pic.twitter.com/cdg80JEpo6