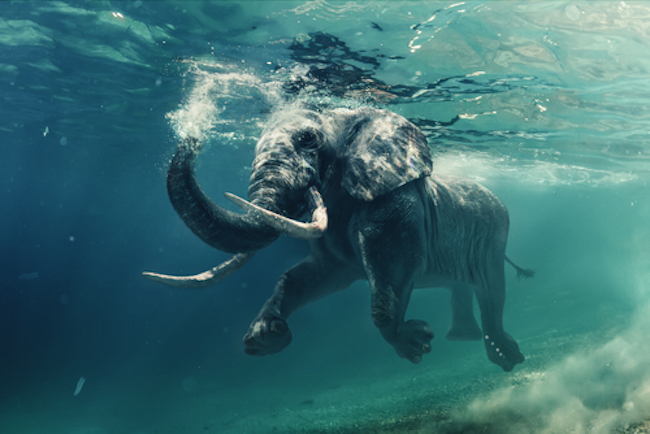 No, just kidding: The newly-discovered creature isn’t the much-heralded underwater sea elephant, he of the penile trunk and penile tusks.

But the truth is equally as strange.

Scientists have just released a series of photos of marine animals found in Australia’s eastern abyss, and it’s a pretty swingin’ scene down there.

There’s “shortarse deelerfish.” Flesh-eating crustaceans. Zombie worms. Sea pigs. Lots of creatures that will give you nightmares. And one creature that will… awaken your desire.

The so-called peanut worm (and why didn’t they just call it the “penis worm” instead of being coy?) is really the most phallic thing imaginable outside of actual penises:

Let it suffice to say, Twitter was all over this newly discovered sea creature:

What is this one called? Dildofilphora?

Friend telling me about a #peanutworm
Me: Aww that sounds adorable, let me look it up….. pic.twitter.com/dkLSIEg8QV