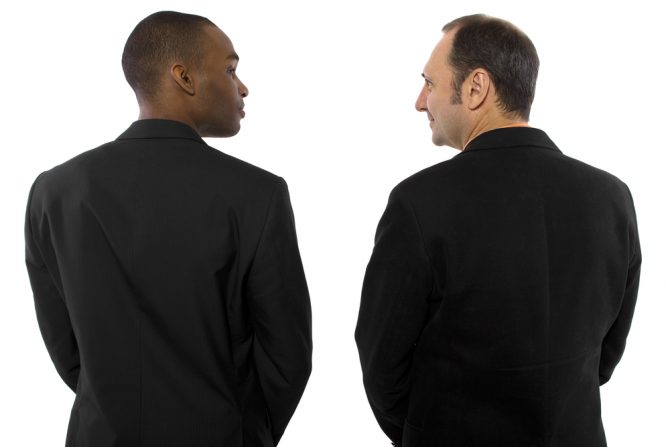 Our tastebuds evolve. Our music preferences fluctuate. Our bedtime gets earlier. Our friendships mature. But does our taste in men change?

I’ve always been into older (like 40s/50s/60s) and leaning towards bearish. As I get older, the exceptions are becoming more and more common, and boundaries are getting blurrier. Around 26/27 was the first time I started being really into some guys my own age and even younger. Another example is that as a teen I was always into guys taller and bigger than me. When I was 22, I met a guy through the local leather group who became my first FWB, and he and his husband became basically mentors with benefits. I’m 5’10” and he is around 5’5.” Around the same time, I met my first serious boyfriend, and he is 5’4.” Since then, I now consider shorter daddies one of my main ‘types’ almost equal to my interest in taller guys.

When younger, I did not like beards on guys, now I love short, neat ones.

In my early 20s, I was really into clean-cut, older, short, and very built guys. Now I appreciate and find attraction to a much wider audience. Part of it was I learned that super-fit guys look amazing, but on average (from my experience), they were not fun. I find certain things sexy on men that I never would have in the past. Like, some guys with a little balding spot can be really hot and I don’t know why. Every once in a while, I want to pick a twink up. Or I want someone who is taller than me (hard to find when you’re 6’4”). Maybe smooth, or hairy. Personality is also a big part. I like to connect and like the person. When I was young, I was very focused on how men looked. Now I have a better idea if I connect well with someone after a bit of talking. Part of what helped change me was moving to a city that was more diverse. Also just living and finding more confidence to explore what I like and enjoy with a man. Owning my own taste and not worrying what other people thought.

Related: If you still insist your ‘preferences’ aren’t racist then you’re part of the problem

My type has broadened its definition over time to where I don’t have a discernible type. It was originally mainly bears and cubs, but now I get into more toned men, too, and sometimes smooth and hairless as well.

I think I was more into hairless and abs as a teen, while as an adult, I prefer hairy and don’t care for abs at all. Otherwise, it’s just broadened.

I wasn’t into scruffy guys when I was younger. All I wanted [were] twinks.

It kind of saddens and worries me some because my type hasn’t changed much, and I was hoping it would. I’m still young myself, so I guess there is still time for a change to happen.