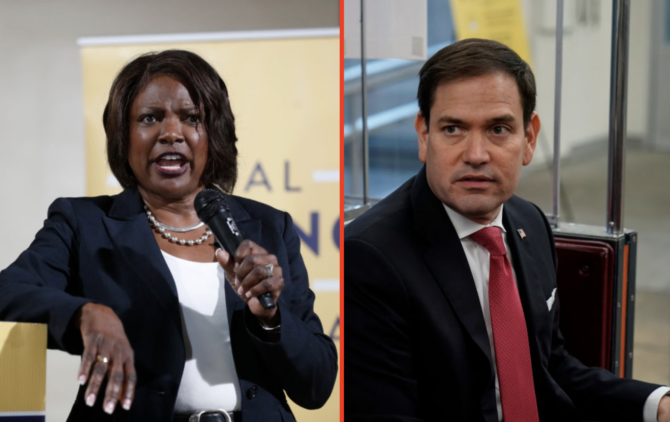 The race for U.S. Senate in Florida is a dead heat.

Slightly concerned for Demings, however, is that 55% of independents polled said they favored Rubio, while only 37% indicated they’d cast their ballots for her. But with more than a month before the election, she still has time to make up ground there.

Related: Tammy Baldwin cornered Marco Rubio in an elevator about his antigay remarks and it didn’t go well for him

Rubio, on the other hand, is about as antigay as they come.

In June, he voted against codifying same-sex marriage into federal law. He also opposes non-discrimination protections for LGBTQ people as well as gender neutral bathrooms. And he voted against Pete Buttigieg being the first out Secretary of Transportation and Rachel Levin being the first openly trans assistant secretary for health. Oh, and he has a 0% rating with the HRC.

While you’re here, re-live that moment when Demings told Jim Jordan to STFU after he tried interrupting her during a House Judiciary Committee hearing on a hate crimes bill last year…