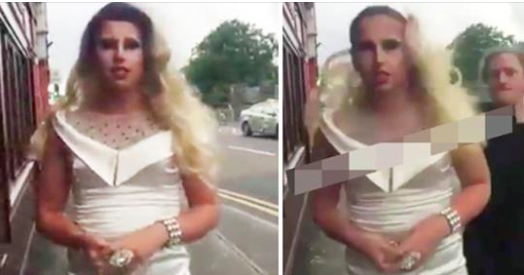 OK, we don’t condone violence, but this felt worthy of sharing…

A video a drag queen knocking out a guy on the street after he rips off her wig was recently uploaded to Ebaumsworld.com and received nearly 75,000 views in less than 24 hours.

The queen is Dublin-based performer Heirless Blackstone, and she clearly means business.

Two Irish media websites wrote about the incident over the weekend. Oddly, both of the articles have since disappeared. Spooky.

Blackstone’s Twitter page, which has 146 followers, makes no reference to the wig snatch, other than this vague tweet posted on Saturday:

My wig is snatched again

Of course, without context, it’s unclear what Heiress is actually talking about.

Either way, it’s a warning that all should heed — especially if you tend to get sloshed in gay bars.