Kenworthy, 28, doubled up with the 17-year-old Lyons as part of the inaugural Special Olympics Unified Skiing event at the X Games.

The Special Olympics is for those with intellectual disabilities, while the X Games is an annual extreme sports event hosted, produced, and broadcast by ESPN.

Kenworthy took to Instagram to praise Lyons and celebrate their win.

“The inaugural Special Olympics Unified Skiing event went down at the @XGames, today! Six @SpecialOlympics athletes were each teamed up with an X Games pro and in teams of two we raced down a GS course with each team’s combined time determining the results.

“My partner was 17-year-old Palmer Lyons, who absolutely flew down the course, and together we won the competition!

“I feel grateful and honored to have been asked to be a part of today’s event. The competitors we teamed up with exuded sportsmanship, camaraderie and goodwill and I got more hugs, high fives and smiles than I even knew what to do with. Thank you for letting me share your day, Palmer!’

You can watch footage of their winning runs below.

“You are perhaps my fav person in the whole wide world. You are such an example! To be of loving service to others! That might be the secret to true happiness!!” 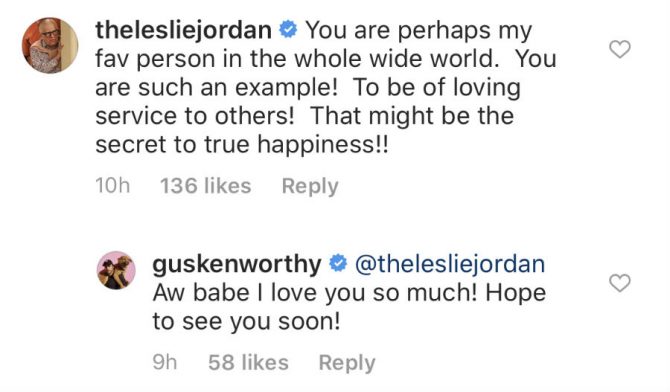 Actor Matthew Morrison also commented: “This is so awesome, my friend! Hope your body is adjusting back after being an actor! Now go win some more medals!”

Related: Gus Kenworthy switches from team US to Great Britain for 2022 Olympics

Freestyle skier Kenworthy won a silver medal in Men’s slopestyle at the Sochi Winter Olympics in 2014. He represented the US again in 2018 in PyeongChang.

Born in England but raised in the US, Kenworthy announced last year that he was switching from US to Great Britain from 2020 onwards, in honor of his British mom. This means he will likely represent Great Britain at the 2022 Winter Olympics in Beijing.