At long bloody last, the much-buzzed-about biopic of a legend opens wide, ready to swallow a new generation. True to form, Oscar-winner Renee Zellweger makes one Hell of a big-screen comeback as the mother of all comebacks, Judy Garland. Judy focuses on the Garland’s last London concert series just months before her death, and all the triumphs and disasters that came along with them. A work of fiction to be sure, it nevertheless captures what made Ms. Garland an icon, anchored by Zellweger’s performance–the kind of give-it-her-all work that Judy became famous for.

The Binge: The Politician

Ryan Murphy strikes again with his most savage comedy to date. The Politician stars Ben Platt (Tony winner for Dear Evan Hansen) as Peyton Hobart, a raging closet case born to be President of the United States. Of course, to get to the White House, he needs to become class president first. The Politician bites into American politics with rabid satire, sending up countless political figures (we won’t spoil who), not to mention the entitlement of the uber-rich. Gwyneth Paltrow has some fun with her own image as Platt’s vapid mother, as do Jessica Lange, Judith Light and Bette Midler. Needless to say we fell in love with the show, and are already rooting for four more seasons.

The Stream: Transparent – The Musical

After four seasons of groundbreaking comedy, drama and scandal Transparent takes a bow with a totally surreal and bizarre musical finale. Series star Jeffrey Tambor doesn’t appear, his character having been killed off courtesy of ongoing protests over his casting as a transgender woman and his habit of harassing his fellow cast members. In a way, that liberates the show to focus on more interesting characters, played by Judith Light, Gabby Hoffman and Alexandra Billings. It’s a shame Tambor’s casting and behavior will forever overshadow Transparent’s legacy; the show did more to help transgender performers and artists than anything else prior. This musical finale makes for a dignified and satisfying send off…not to mention hints at a Tamborless spin-off that could have been a laugh riot.

If David Lynch directed a gay soccer movie, it would probably look something like Diamantino, the hallicinatory and homoerotic Brazillian-Portugese film about a soccer star on a hallucinatory and homoerotic journey. The film won the Grand Prize at Cannes last year and developed an immediate cult following on the festival circuit. Now it lands on Blu-Ray, bringing its wacky satire to the masses. Oh, and star Carloto Cotta spends much of the film shirtless. So, there’s that.

The Lifetime network takes on conversion therapy in this new telefilm, based on the memoir Saving Alex by Alex Cooper. Like the book that inspired it, Trapped tells the story of a 15-year-old Mormon girl (Addison Holley) whose affection for another beautiful queer woman lands her in a harrowing situation. Shipped off to Utah for de-gayifying, Alex must endure the physical and mental abuse of a painkiller addict and his sadistic wife. Trapped isn’t exactly Boy Erased, though it does add to the growing chorus of voices that testify to the damaging effects of conversion therapy, both on the subject, and on his extended family.

The Destination: Little Shop of Horrors

The musical classic from Alan Menken and Howard Ashman gets the revival treatment, this time at southern California’s esteemed Pasadena Playhouse. Amber Riley, George Salazar and MJ Rodriguez headline this stripped-down and gritty production that brings a new level of street realness to the story. Both the casting of Riley as the carnivorous plant Audrey II and Rodriguez as the ditsy Audrey mark a new level of inclusion; Riley becomes the first woman to voice the plant, while Rodriguez becomes the first out-transwoman to play the female lead. Early reviews are glowing, and we can’t wait to hear Rodriguez belt out “Suddenly Seymour.”

The Sip: The Judy Garland 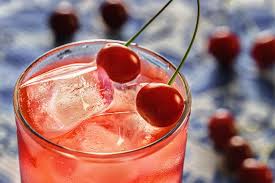 In honor of Judy & Judy, what better way to celebrate than with a cocktail named for the grand dame herself.

Mix together over ice & stir.