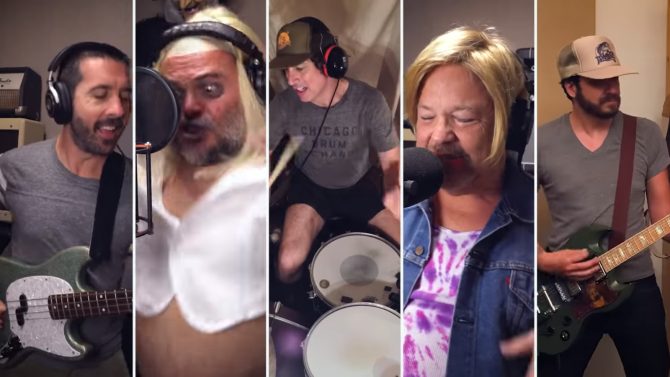 Former Democratic Presidential candidate Pete Buttigieg joined the band Tenacious D and Oscar-winner Susan Sarandon for one of the most unorthodox voter drives ever: a socially distant version of the “Time Warp” from The Rocky Horror Picture Show.

Actor/singer Jack Black donned a Rocky Horror costume (actually, a few of them) to belt out the frenzied lead vocals on the track, as a litany of celebrities joined in the classic tune. Susan Sarandon, star of the original classic queer cult film, also made an appearance alongside the band, as well as Buttigieg.

Clips from the original movie also peppered the video, along with an added graphic: “Vote.” How can we argue with that?

Have a look at the video, and remember to vote. It’s the whole point after all. For more information on voting, including polling locations and registration deadlines, visit our sister site LGBTQ Nation’s Vote Center.