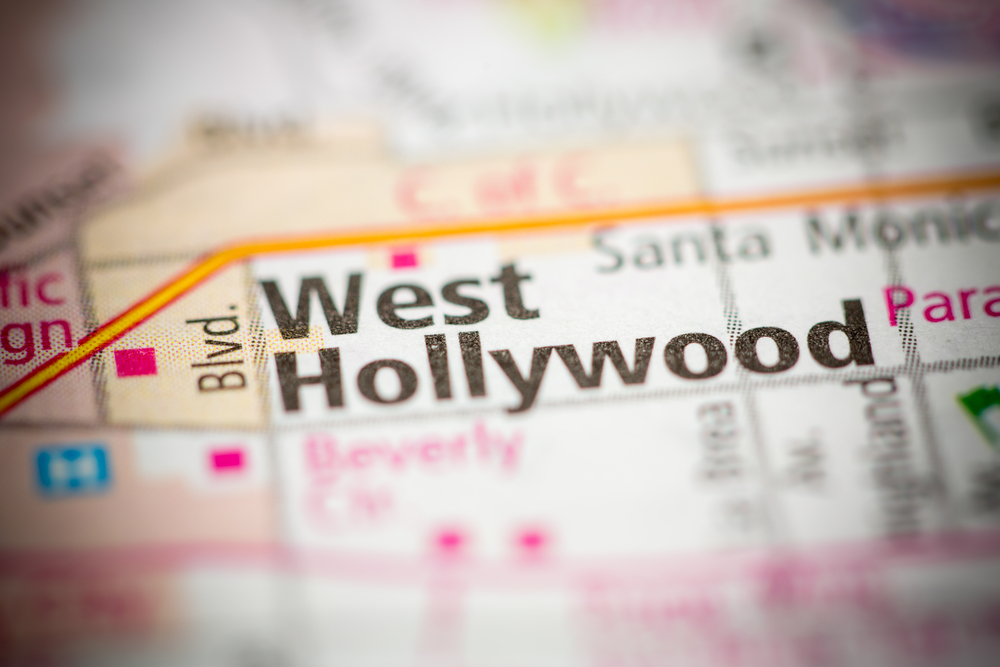 West Hollywood is currently leading Los Angeles County in the per capita number of coronavirus cases.

The Los Angeles County Department of Public Health released a list of all the cities and areas in L.A. County with laboratory-confirmed cases. West Hollywood ranks #1 when it comes to the percentage of its population currently infected.

The five confirmed cases in West Hollywood on Monday amounted to one per 7,371 residents. The eight cases confirmed on Tuesday by the L.A. County Department of Public Health means that one of every 4,607 West Hollywood residents has the COVID-19 virus.

At just 1.89-square-mile, West Hollywood is the seventeenth most densely populated city in the country, which helps explain the numbers.

On Monday, the West Hollywood City Council declared a 60-day state of emergency in response to coronavirus, restricting group activities and ordering all bars, clubs, gyms, theaters, bowling alleys, and arcades to immediately close. Restaurants are only allowed to offer takeout and delivery service.

The news comes around the same time the Winter Party Festival in Miami announced that several people who attended the circuit party have since tested positive for COVID-19.

“We know there are many places people could have been exposed before and after Winter Party as this virus has developed, but we wanted to make this information public as soon as possible,” Rea Carey, executive director of the National LGBTQ Task Force, the organization behind the festival, said in a statement Monday.

While the event occurred prior to the mass-cancelations of public gatherings, the festival chose to move forward anyway despite heightened risks.