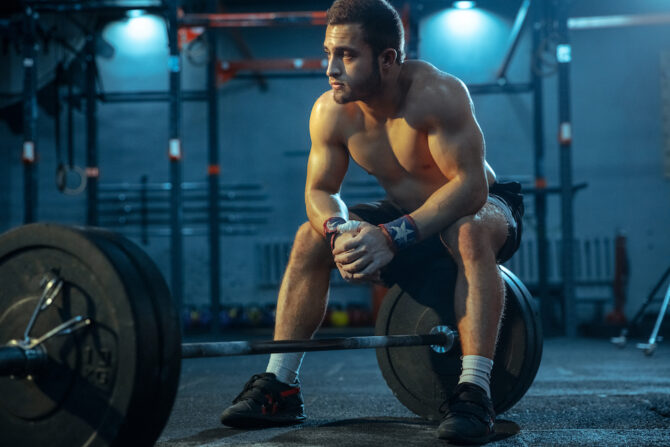 Is checking someone out necessarily an act of attraction? Are lingering looks only about lust? You may have pondered these questions if you’ve ever caught a straight-identifying man casting furtive glances—or downright staring—at other dudes.

One Reddit user recently commented on this hetero behavior, writing, “Anyone else notice stereotypical heterosexual guys staring at other men? It seems no one else notices this, but I have seen it heavily all my life — whether I, myself, have been the target of this, or others.”

He said that he saw a “ripped, blond dude” at this gym “getting stared at by every male in that part of the gym.”

“Like, these guys were catching flies, mouths open, eyes wide, [with] no idea as to how blatant they were,” he added. “Am I just more sensitive and observant to these behaviors? Or do you, too, see these instances?”

Many commenters on the thread could relate. “They don’t just stare, they downright flirt, too,” one wrote.

Another commenter, meanwhile, said one man kept staring at another man on in his building’s elevator. “Now, the guy was pretty handsome — very tall, with long Tarzan like hair. But damn, it felt awkward, because the other guy was eyef*cking him so bad.”

Other Reddit users offered alternative hypotheses. “That’s just bodybuilding life,” one wrote. “There’s a meme about bodybuilding where it’s done for women, but you get admired by men. Everyone looks — definition, vascularity — it’s a weird gray line. Watch [the 1977 film] Pumping Iron, and it’ll explain a lot.”

Another suggested that these lookeyloos are jealous of the other guys’ looks. “I know this is often a first sign that a person is gay, — that is, the gay guy thinks he is looking at guys because he is envious of their looks and physique, but in reality they are attracted to them. But perhaps, for many, it is really envy.”’

But the original poster of the thread stuck to his guns. “I think one of the world’s great lies is that most men aren’t attracted to men,” that user wrote. “I see it frequently. There’s nothing subtle, or anything that can be misconstrued about it.”