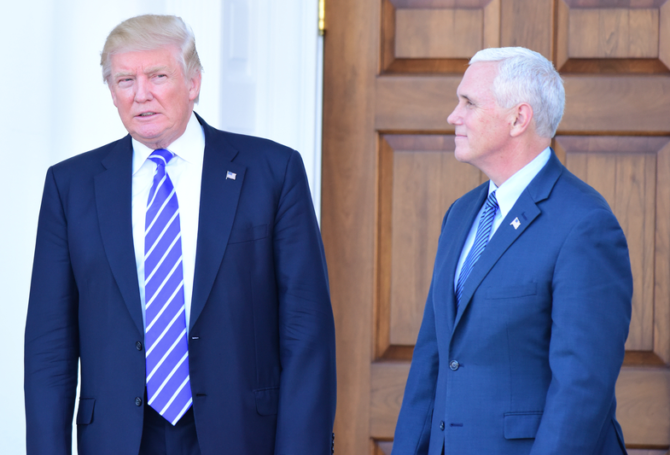 According to a new White House document distributed to congressional appropriators, Trump is calling on a $1.23 billion cut in funding to the National Institutes of Health, a major biomedical research facility under the Department of Health and Human Services (HHS).

Of that $1.23 billion, the hardest hit program would be a $300 million cut to the President’s Emergency Plan for AIDS Relief (PEPFAR), which aims to eradicate HIV/AIDS and treat those affected by the disease.

Bloomberg reports that this would be done by reducing the number of patients accepted into the program, and defunding “low-performing countries.”

Also on Trump’s dream chopping block of NIH cuts is $100 million from the Substance Abuse and Mental Health Services Administration for block grants and $50 million from a program that helps spread biomedical research grants around the U.S.

Ross Murray, director of programs at Gay & Lesbian Alliance Against Defamation (GLAAD), had this to say about today’s revelation:

“These cuts continue to erase LGBTQ people by cutting vital #HIV and #AIDS research,” Murray tweeted. “Research, education, testing and treatment are how we are going to get to 0 new infections. The Trump budget will set us back.”

It’s important to note that Trump’s budget proposal is just that — a proposal. In total, he’s called on $18 billion to be cut from non-military government programs in fiscal 2017.

Congress is tasked with setting spending levels, and it’s not expected that many of the extreme cuts will see their way through to becoming law.

That being said, these are the cuts President Trump would make if the decision was his alone, and thank god it’s not.

Asked if there was a chance the cuts would be implemented, Senator Roy Blunt, a Missouri Republican who serves on the Appropriations Committee, said “No. No.”