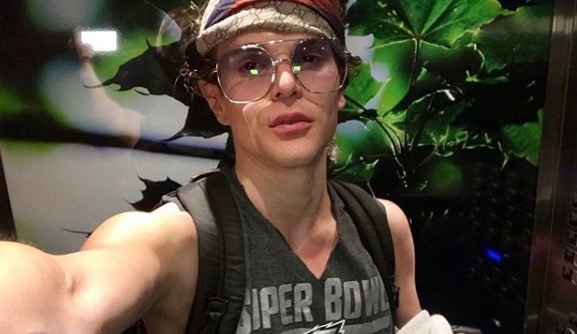 It’s no secret that Drag Race All Stars season 4 is coming — Ru and Michelle Visage confirmed as much last week on their podcast, What’s the Tee. But a Drag Race alum may have revealed something about the show that producers would very much like to remain a secret.

When the pair spoke about the much-anticipated fourth installment of All Stars, they alluded rather cryptically to an emotional on-set outburst from Ru.

To recap: Michelle revealed, “I’ve known Ru for 30 years. I just sat there and let her have her fun, screaming at the top of her lungs.”

Related: RuPaul loses it during filming of ‘Drag Race All Stars 4’, terrifies cast

Ru, who said he was “jacked on java” at the time, added: “This is for All Stars, and everybody knows we’re doing All Stars, we’re not giving anything away. Let them guess what episode I go friggin’ crazy on.”

Michelle added that the cast were “shitting their pants” over Ru’s explosion.

We assumed we’d have to wait until the season airs, expected to be late 2019, to find out anything about the circumstances.

But Willam, a queen who isn’t exactly known for always playing by the rules, may have revealed some insider information.

Via Instagram, Willam commented: “Maybe it’s when she saved Valentina after both people had her name on the lipsticks.”

Valentina is one of the queens rumored to be among the All Stars season 4 cast, and if what Willam says is true, she’ll once again be causing drama at the judges’ panel (who could forget her season 9 lip sync elimination?).

Willam’s remark also suggests eliminations will be handled the same as in recent All Stars seasons, with the week’s two top queens lip syncing for their legacy and having to choose the lipstick that corresponds to the queen they will send home if they win the battle.

Could it be that Ru saves Valentina even though both queens select her to go home? Of course! Ru has proved time and time again that the rules are guidelines at best. In the end, she does what she wants, making for some pretty fantastic TV moments.

Head here to see who else is rumored to be on All Stars season 4.