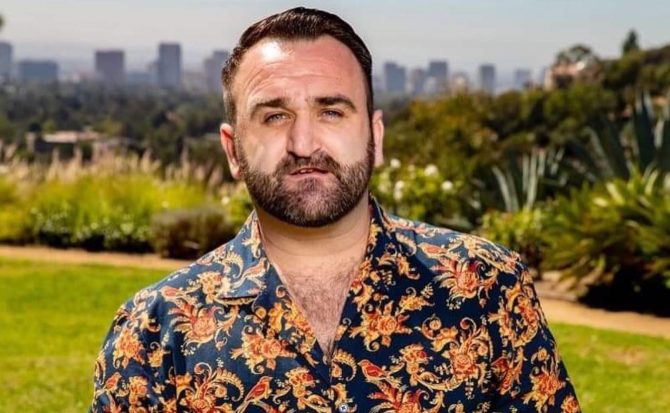 Regardless of how finalist Danny Tetley does on the British version of The X Factor this season, he’s already a winner. When the singer came out as gay 17 years ago, his father not only accepted him but came out, as well!

“I always had my questions over the years, but Dad was never open about it,” he tells The Sun in a new interview, saying that those questions were answered when he and his pops unexpectedly found themselves at a gay bar while visiting Los Angeles in 2001.

Related: Gay coach and his gay teen son march together at Pride

“The drinks flowed, and we started talking about the men in there who were handsome,” Tetley recalls. “That led to a conversation back at the hotel, and we were honest with each other for the first time. It was quite a strange moment — there aren’t many fathers and sons who are gay.”

The 37-year-old says his father loved his mum, but they separated when Tetley was six years old. “It must have been tough for my dad growing up in the era he did and not being able to be himself,” he says. “That experience with my dad made us so much closer.”

Tetley’s father got married to his partner in 2016, and his son was there to sing Gladys Knight’s “You’re The Best Thing That Ever Happened To Me.”

Related: Gay Arab man thanks his late father for his love and acceptance in heartwarming letter

“We’re really good friends and I’m so happy for him,” the reality star tells the newspaper. “I’m hoping that telling this story will inspire others to come out, too, whether you were young like me or older like my dad.”

It’s not unheard of for gay fathers to raise gay sons, but it’s also not the norm. In a 1995 study of gay or bisexual fathers — published in the journal Developmental Psychology — researchers found that more than 90 percent of the men’s children grew up to be heterosexual. Those results, the researchers wrote, suggested that “any environmental influence of gay fathers on their sons’ sexual orientation is not large.”

As for himself, Tetley says he has known he was gay since he was 4 but also spent a lot of time in the closet. “When I did come out it was always a bit of a shock because I was in the rugby and football teams,” he recalls. “People say I am not your typical gay man, but who is?”

Since becoming a televised talent, the Yorkshire lad has had plenty of guys contacting him on social media to tell him telling they fancy him. “But I have no time at the minute and I’m liking my own space,” he asserts.

Tetley might make an exception, however, for certain fellas in pop music… as long as they’re in their 20s. “Robbie ­Williams and Simon Cowell are too old for me,” he reveals, calling out two of his X Factor judges. “Liam Payne and Shawn Mendes are much more my type.”