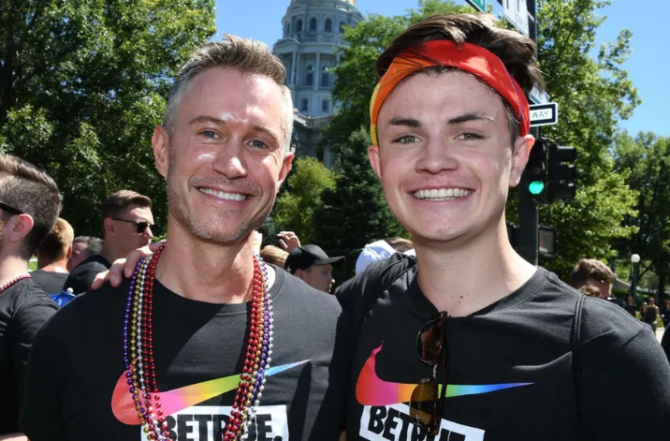 Last Sunday was a very special Father’s Day for Micah Porter and his 17-year-old son, also named Micah. The two marched for the first time together in the Denver Pride Parade as two proud, openly-gay men.

Now, Micah Sr., who works as the athletic director at Northfield High School in Colorado, has written a powerful letter to his son,a high school gymnast, swimmer and competes in track & field, published by Outsports.

“This past weekend was a Father’s Day I thought would only occur in my dreams,” the letter begins. “You gave me the gift of authenticity, courage and a son’s love. From the deepest realms of my heart, thank you. I overflow with pride.”

Micah Sr. goes on to say that he always knew his son was gay.

I knew you were gay when you were a young boy. I saw you be your authentic self every day and challenge every notion of normativity I knew. Untarnished by a society that had boxed gender and sexuality into different camps, you were just yourself. You were Micah. I want to apologize for any disapproval I gave as you advocated to just be you. 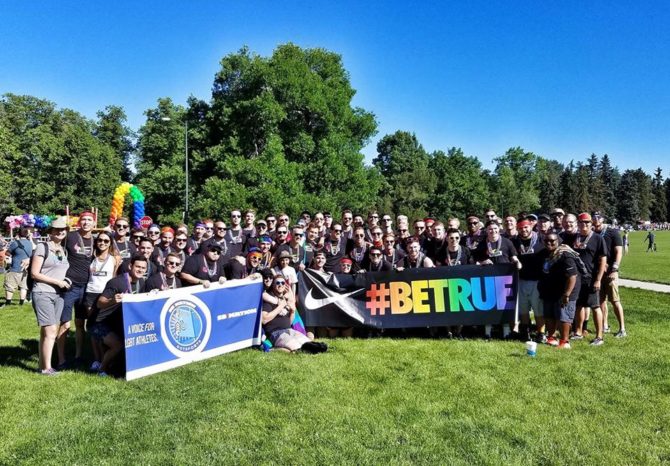 Looking back, Micah Sr. says watching his own son accept his sexuality with such ease helped to awaken feelings in himself that he had been keeping buried.

You were my first teacher about the importance of loving oneself. I have never told you this, but you had an impact on me that is ultimately beyond words. My arduous journey to embrace my sexuality and love myself as a gay man began with you. Son, you inspired me to confront my fraudulent life and begin to be proud of who I truly was.

Micah Sr. came out when he son was 11 years old. He describes it as “difficult,” “painful,” and “a complete reset on our lives,” but ultimately it helped bring the two even closer together.

Their bond was strengthened a few years later when Micah Jr. finally came out.

Your own journey has been incredible to witness as your father. Two years ago, you told me you were gay. We hugged, we cried, and we bonded like we never had before. My heart beamed with joy that night from Grammy and Grandpa Porter’s home in North Carolina. I went to bed with a love in my heart that finally felt free.

Last weekend, the guys marched together with Outsports in the Denver Pride Parade wearing Nike BeTrue shirts. It was a moment he tells his son he’ll never forget. 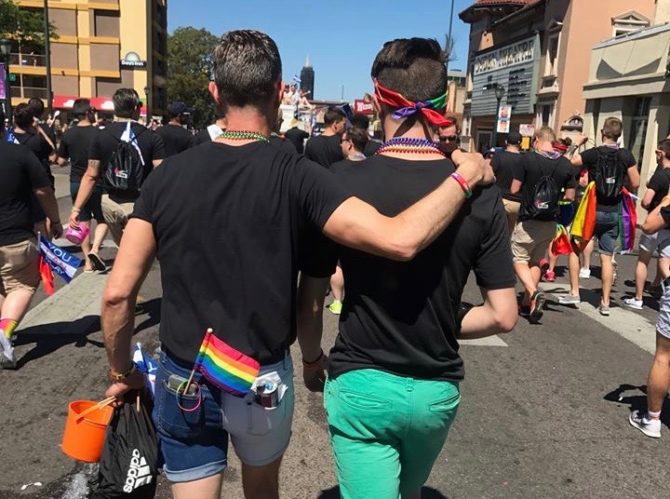 “Thank you, son, for being exactly who you are,” he writes. “Thank you for teaching me about love, courage and what it means to be an authentic person.”

I know we will have many more Father’s Days together, but none will be the same as 2017 when we marched together for Pride. On that day, this father’s pride beamed brighter than he ever imagined possible.