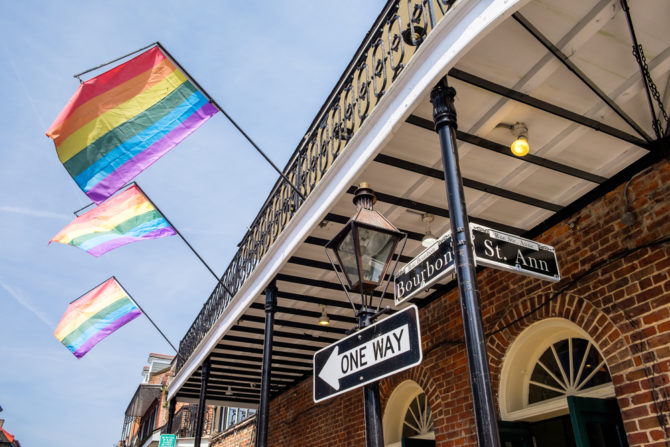 One of our favorite cities in the world is about to turn the big 3-0-0. New Orleans, the Gay Capital of the South, is prepping for its Tricentennial in 2018 and it’s going to be ginormous.

With its flamboyant characters and easygoing vibe, the city has a long-been a popular destination for LGBTQ travelers, artists, thinkers and adventurers. And it will get even more so with one year-long blowout bday bash. 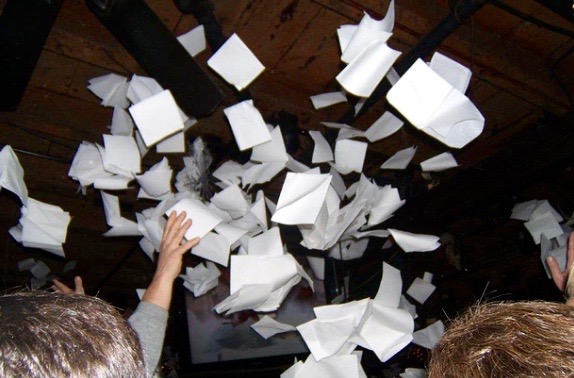 This long-held tradition happens every Sunday at Lafitte’s in Exile, the oldest gay bar in New Orleans and a once-favorite hangout of Tennessee Williams and Truman Capote. Bar backs pass out stacks of cocktail napkins to patrons. When the song “Love Is In The Air” comes on, everyone tosses them into the air and dances under the shower of serviettes and neon lights. 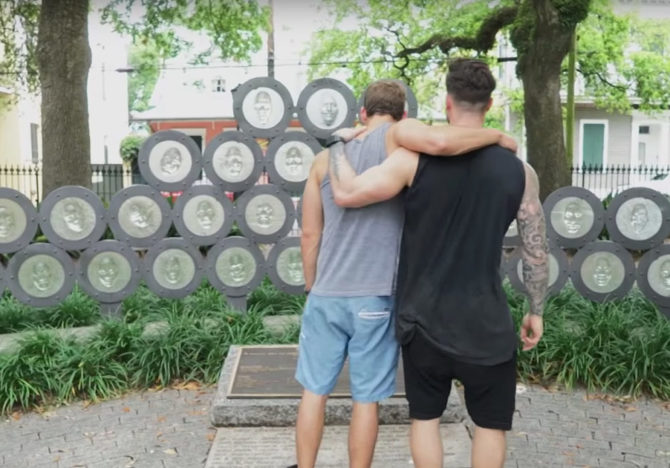 Just footsteps away from Frenchman Street, this charming green space is a popular place for locals to bring their dogs, toss Frisbees and picnic. There’s also a moving HIV/AIDS memorial located on the northern end of the park. The glass and steel statue was designed by sculptor Tim Tate. Each December, the Office of Health Policy and AIDS Funding hosts a wreath laying ceremony in the park to honor those lost. 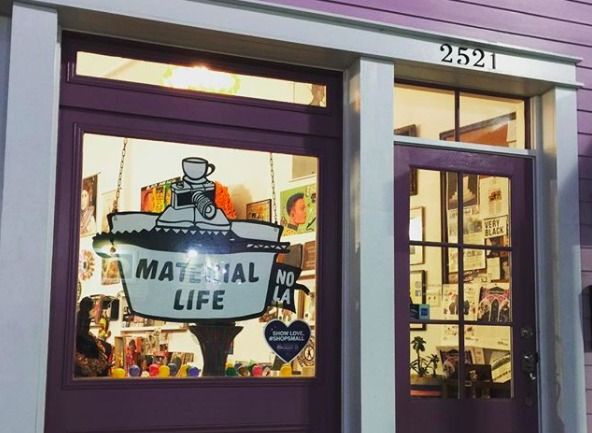 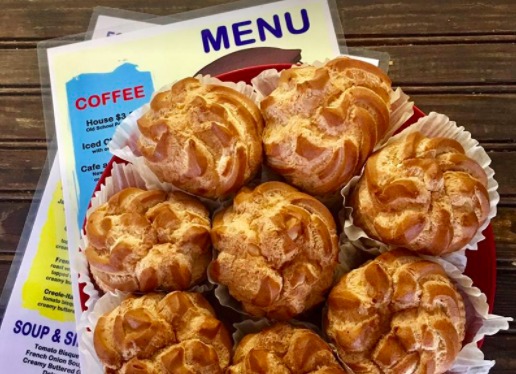 Located just across the street from the famed Armstrong Park Archway, this French, gay-owned-operated cafe is a fave of tourists and locals alike. The building has undergone multiple transformations, housing everything from dry cleaning business to a drag shop and weave parlor back in the ’80s. Come here to gorge and people watch, simultaneously.

The homes of Tennessee Williams 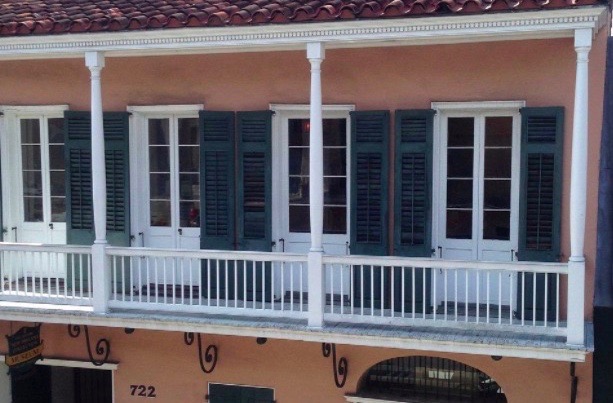 Yes, you can live like the fabulous American playwright. Williams famously called New Orleans his “spiritual home” and creative inspiration, living in several locations around the French Quarter throughout his life, starting with a brief stay at 429 Royal Street. From there, he moved to an attic apartment at 722 Toulouse Street, where he was eventually driven out by a cranky landlady. He wrote A Streetcar Named Desire at his apartment at 632 St. Peter Street, and penned his memoirs in his townhouse at 1014 Dumaine Street. 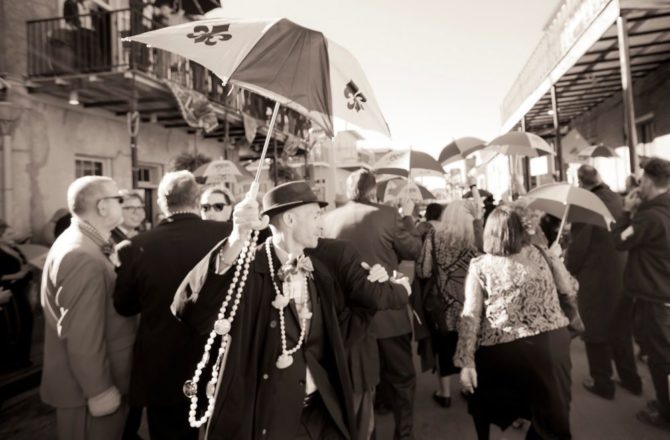 Known as “Carnival’s best kept secret,” this annual event is one of America’s oldest gay traditions, dating back to 1949. It happens each year on Lundi Gras, the day before Mardi Gras, at Arnaud’s Restaurant in the French Quarter. The celebration includes a chandelier decoration contest, multi-course luncheon, second line with a New Orleans jazz band and an after party at a nearby gay bar. 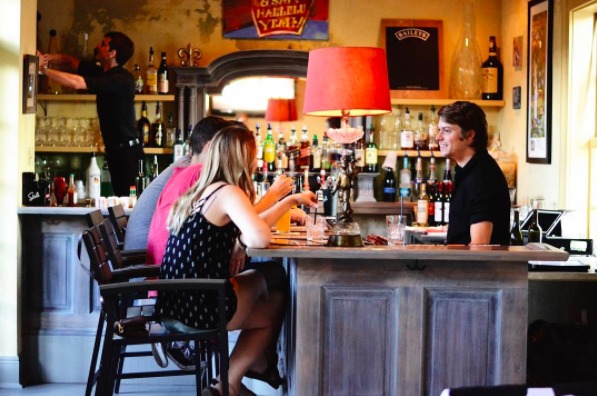 This cozy cafe and bar is nestled in the heart of the Marigny neighborhood in one of the oldest buildings in the city. It features local Louisiana fare and an extensive wine and drinks menu. Enjoy a romantic dinner inside the plush dining room or sip cocktails on the beautifully-lit terrace or upstairs on the court yard balcony. It’s moody and romantic and will give you the feels. 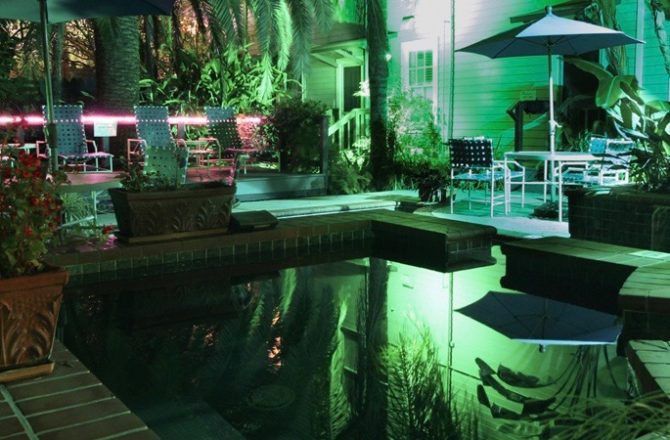 Built in 1840, this tropical urban oasis located in the Lower Garden District is clothing optional and pet-friendly. (What more could you ask for?) The pool area includes both a circle and lap pool, plus a hot tub, lounge chairs and tables and fountains to make you feel extra fancy. 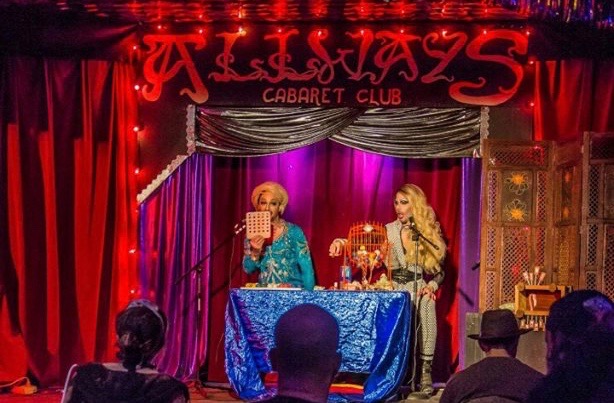 Every Thursday evening, the AllWays Lounge & Theatre in the Marigny transforms into a bingo hall. Or rather, a drag bingo hall. Famed New Orleans performer Vinsantos DeFonte hosts the weekly spectacle, which always draws an energetic crowd. 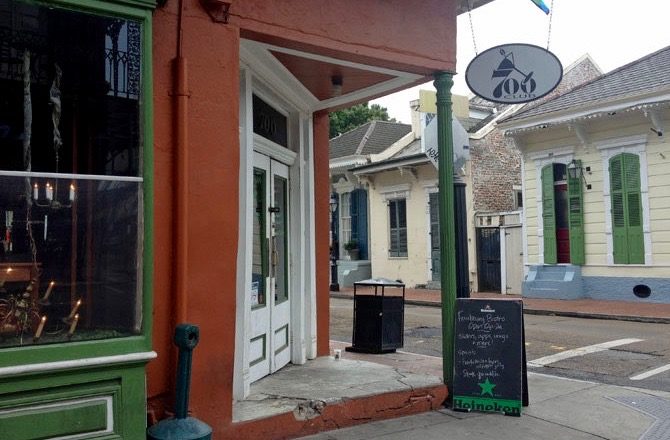 If you really want to get down and celebrate with the locals, stop by the 700 Club at 700 Burgundy Street in the French Quarter. The neighborhood bar has tons to offer by way of food, drinks, music and company. The bartenders are friendly, the drinks are potent, the patrons are laid-back and the kitchen open late. (Oh, and don’t worry, Pat Robertson is never anywhere to be found.)

Related: Then & Now: How one great American city became the gay capital of the south

Then & Now: How one great American city became the gay capital of the south