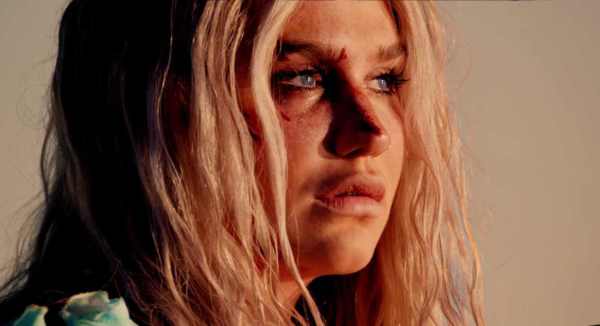 Kesha’s soaring ballad “Praying” was released five years ago today, but the story it told about her time with producer Dr. Luke is one that is still yet to be resolved.

The “TikTok” singer famously filed suit against Dr. Luke in 2014 after working on her first two albums together, alleging intense mental and sexual abuse at the hands of the producer.

The civil suit devolved into a years-long legal battle of defamation and breach of contract allegations that remain unsettled to this day.

The story reached its cultural zenith in mid-2017, when Kesha reflected on her struggle in the powerful, timely song “Praying”.

Kesha’s case became emblematic of the growing #MeToo movement at the time, and this powerful piece on the alleged abuse she’d suffered was received with an outpouring of love.

From Taylor Swift pledging $250,000 to her legal fees to Lady Gaga personally meeting with and later testifying for her, Kesha’s story made waves throughout the industry and the entirety of pop culture.

In the years since, however, this hopeful story-line has almost been lost to time.

Whether it’s TikTok or PrideFests or drag shows, songs from Doja Cat’s Planet Her album and Petras tracks like “Coconuts” and “Slut Pop” are virtually impossible to avoid, with young members of the  gay community specifically promoting them at seemingly every turn.

Petras has publicly come out in defense of Luke in the past, stating in an NME interview, “I would like my fans to know that I wouldn’t work with somebody I believe to be an abuser of women, definitely not.” This statement inherently implies that she doesn’t believe that Luke ever abused Kesha, though she later attempted to backtrack, saying that her comments didn’t “negate or dismiss the experience of others.”

Doja, on the other hand, seems to actually be moving away from the producer. In a Rolling Stone interview last December, the “Kiss Me More” singer made a point to mention that she would no longer be working with Luke. She even accused him of attributing songs to himself that he didn’t actually write on — something that Kesha had also alleged.

Doja moving away from Luke may finally slow his re-entry into the charts, as she’s probably made for his biggest recent successes. Just in the past couple years, the producer has received four Grammy nominations including Record, Song, and Album of the Year, all for Doja’s work.

As hard as Kesha has worked to move beyond the entire situation, the fact is that she’s still locked into her Sony contract for at least two more albums (some outlets claim a six-record contract, others eight) and that Luke’s defamation suit against her is still on-going.

In spite of it all, Kesha is still living as freely as she can; she’s returned to touring her personally-penned new music around the world, came out as bisexual, recently featured in the campiest star-studded ad campaign, and even has a supernatural show on Discovery+ coming out in a couple days.

“Praying” was a powerful cultural moment, but the fact that the public knowingly or unknowingly is still giving Dr. Luke newfound acclaim needs to be reckoned with once again.

Subscribe to Queerty for a daily dose of #entertainment #dojacat #dr.luke stories and more