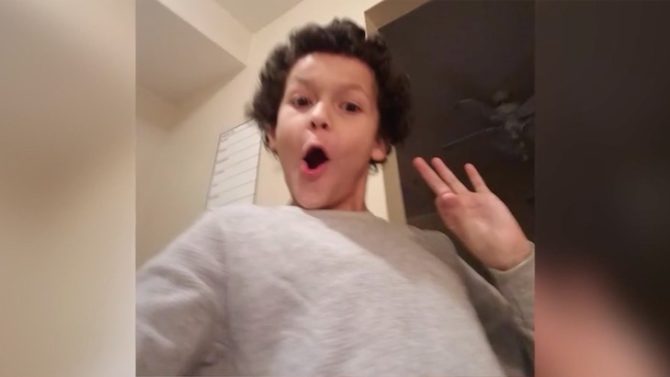 A grieving mother is opening up about the tragic loss of her young son, who took his own life days after coming out to his classmates.

Jamel Myles was just 9-years-old when he came out to his mother, Leia Pierce, telling her during a summer car ride that he was gay.

“And he looked so scared when he told me. He was like, ‘Mom I’m gay.’ And I thought he was playing, so I looked back because I was driving, and he was all curled up, so scared. And I said, ‘I still love you,'” Pierce told local news station KDVR.

Jamel also told her he wanted to start wearing clothes typically thought of as feminine.

As school started up again and Jamel entered the fourth grade at Joe Shoemaker Elementary School in Denver, he decided to come out to his peers.

“He went to school and said he was gonna tell people he’s gay because he’s proud of himself,” Pierce said.

He was bullied at school, and four days later, Jamel killed himself inside his home, Pierce said.

She believes the treatment he faced at school factored into the tragic event.

“Four days is all it took at school. I could just imagine what they said to him,” Pierce said. “My son told my oldest daughter the kids at school told him to kill himself. I’m just sad he didn’t come to me.”

The school district says it has extra help available to Pierce’s family, as well as students affected by the death.

Pierce hopes that a conversation about bullying doesn’t get lost in the mix.

“We should have accountability for bullying. I think the child should. Because the child knows it’s wrong. The child wouldn’t want someone to do it to them. I think the parent should be held because obviously the parents are either teaching them to be like that, or they’re treating them like that,” she said.