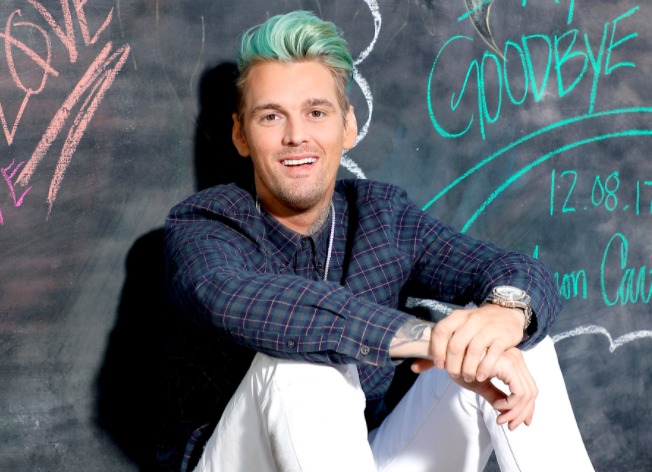 Aaron Carter sat down with US Weekly this week to talk about all sorts of things, including his recent stint in rehab and how surprised he is to have made it to age 30.

Last summer, Aaron came pretty close. In July, he was arrested for a DUI and marijuana possession. In August, he broke up with his girlfriend and had a little breakdown causing him to drop down to just 115 pounds. Then in September police rushed to his house not once, not twice, but four times over a 34 hour period over gun and safety concerns.

Then he checked into rehab.

“I just felt like I needed to get away,” Aaron says. “Life, it was pretty tough.”

The three month program did wonders for him. He admits he “dealt with a lot of trauma, a lot of loss, a lot of loneliness,” but rehab helped him overcome all that. Music has also played a big role in his recovery.

“I’m kind of like Taylor Swift,” Aaron explains. “I produce music when I feel depressed. It’s just my way out, my way of resting my mind.”

Last Friday, Aaron released his comeback single “Don’t Say Goodbye” from his forthcoming album LøVë; however, he forgot to include his vocals on the track. The single was quickly yanked from Spotify and the correct version was uploaded on Saturday.

“It’s time to act like a frickin’ adult,” a hopeful Carter says. “I have new aspirations. All of those require my attention for music, and I’m telling you, I love being in the studio. It’s the safest place for me and very therapeutic.”