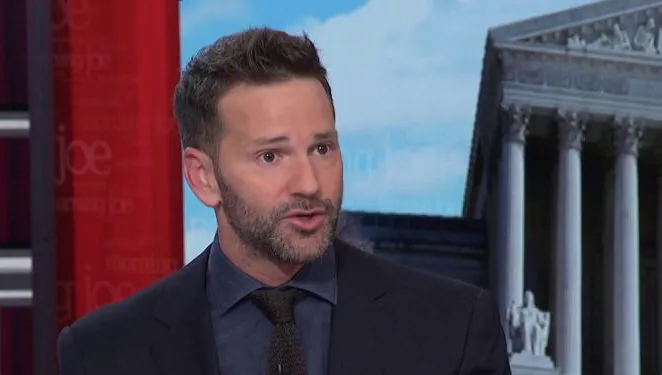 Disgraced former representative Aaron Schock probably doesn’t have too many opportunities to be named a “guest of honor” anywhere, but this past weekend was the exception.

Schock and former US ambassador Richard Grenell were the dual guests of honor at a “pride” event in Nashville, Tennessee for gay Trump supporters.

The event was hosted by the Log Cabin Republicans and featured panels, parties and a Sunday brunch. So, sort of like a MAGA circuit party but with a lot more clothing.

Schock came out as gay in 2020 following a derailed political career in which he voted in favor of the Defense of Marriage Act and against lifting the ban on LGB people in the military.

Grenell served as Trump’s ambassador to Germany, actively promulgated the Big Lie that the 2020 election was rigged, and then took a job with an anti-LGBTQ legal group.

Other distinguished attendees included transphobic YouTuber Arielle Scarcella, who has stated her belief that non-binary people aren’t real because they don’t support Donald Trump, singer Ricky “American” Rebel, and right-wing podcaster Spencer Klavan performing as “The Preacher.” We aren’t sure what that last part means but it sounds awful nonetheless.