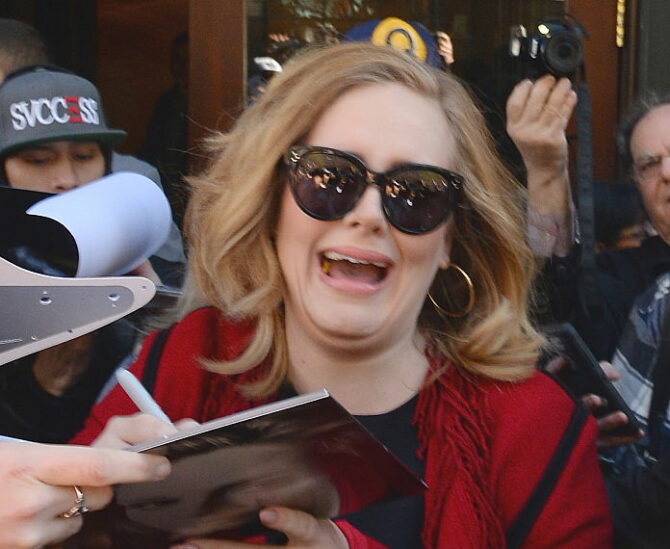 It’s only February 1 and Adele’s month is already off to a very dramatic start. Following the unceremonious postponement of her Las Vegas residency, the singer has now canceled a scheduled performance at the BRIT Awards, and rumor has it her relationship with her boyfriend might be on the rocks.

Adele previously announced she would perform her latest hit “Easy on Me” at the BRIT Awards on February 8. Now, The Sun reports that won’t be happening anymore and her decision to pull out barely a week in advance has sent organizers into a panic as they beg her to reconsider.

Related: Just when we didn’t think Adele’s backstage Vegas drama could get any crazier, this happened

“Adele was confirmed to perform on the night, but has now pulled out–which has been a massive blow for the organizers,” a source told the newspaper. “They are talking to her team to see if she can appear by videolink. It’s a massive headache but they want her involved in any way she will agree.”

The Sun adds that Adele canceled the BRIT Awards, at least in part, to avoid backlash from fans.

“It seems there were concerns of another backlash if she’d performed on the Brits so soon after calling off her Vegas shows last-minute,” a source said. “That decision has understandably caused a great deal of disappointment and, in the wake of that, Adele and her team decided to call off her Brits performance.”

Because when it rains, it pours, Page Six adds that Adele’s “volatile” love life may have contributed to her recent career troubles.

After posting a teary-eyed video to Instagram announcing the postponement of her Vegas show just one day before its scheduled opening on January 21, Adele has reportedly been holed up at her boyfriend Rich Paul’s house in Los Angeles. But a source close to the singer reveals there has been trouble in paradise.

“She and Rich had been fighting, and their relationship was volatile before she canceled her dates,” the source alleges. “Adele is very emotional and dramatic. He’s an NBA guy who has to go on the road — they are very different — and they hit a rough patch.”

“There’s chatter about why Rich wasn’t in Las Vegas to support Adele — even the day before the show would have launched,” a second source adds. “Was he even going to be there for the debut? It’s another red flag pointing to relationship conflict as a factor in the cancellation. At first, we took her emotional calls [to Paul] to be about concerns with the show, but many of the conversations were actually fights.”

These latest reports of the singer’s strained relationship would seem to gel with earlier reports that she made numerous emotional phone calls to Rich during her show’s rehearsal period. Witnesses described her as “loudly shouting and sobbing.”

It sounds like Adele is having a very tough time! We hate to see her struggling, but given her ability to soldier on and spin heartache into gold, we know she’s going to get through this and come out stronger. And we’ll probably get another great album out of it, too.