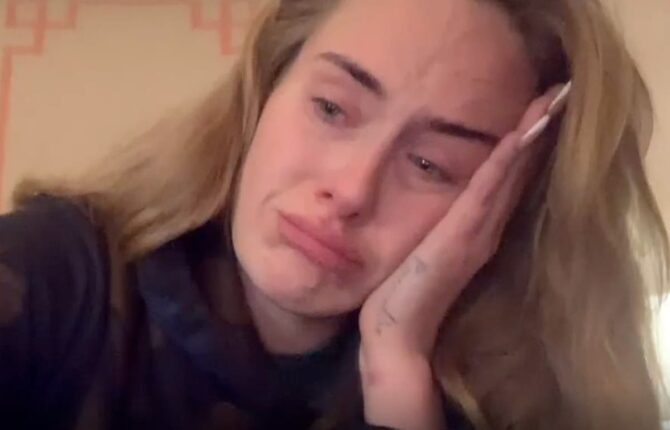 Caesar’s Palace is in full-blown panic mode following the cancelation of Adele’s concert residency last weekend. Even worse, more details have emerged surrounding the aborted show that have both the casino resort and the singer scrambling to do damage control.

In case you need a recap: Caesar’s originally scheduled Weekends with Adele to kick off last weekend as part of its rotating roster of A-list performers. But the singer canceled the show one day before opening night, leaving fans who had already booked rooms and flights pissed.

She cited “COVID delays” as the reason, though people were immediately skeptical since Caesar’s made no mention of COVID-19 or the pandemic when it announced the residency would be postponed until further notice.

Shortly after that came reports that clashes between Adele and the show’s production designer were the real reason for the cancelation, including a dispute over some kind of elaborate pool stunt… or something. (More on that here.)

Now, CNN reports that Caesar’s Palace–which has remained supportive of Adele, at least in public–has descended into further chaos following the postponement of the show.

“Caesars is scrambling to find artists to take over Adele’s dates, but most artists are already booked with shows and tours. It’s nearly impossible to find big stars to fill in at the last minute.”

Caesar’s has yet to announce a replacement for Weekends with Adele, though country singer Keith Urban will step in to fill a few dates in March and April.

Page Six reports that the backstage drama between Adele, Caesar’s Palace, and the show’s creative team was even more heated than initially reported and that the singer regularly made phone calls to her boyfriend, Rich Paul, in which she would scream and cry about her troubles for everyone to hear.

“Adele’s been crying and couldn’t get through a single full rehearsal for the past month,” a source from within Caesar’s Palace told the outlet. “Just constantly on the phone with Rich … loudly shouting and sobbing. She has barely rehearsed because she is constantly in the middle of an emotional shootout.”

Now, Caesar’s Palace is purportedly worried Adele will cancel the residency altogether, as she and the resort have yet to agree on rescheduled dates.

“There are rumblings that there are stresses related to Adele’s relationship,” journalist Scott Roeben tells Page Six. “I’m told that these stresses caused her to be in a place where she was just not confident moving forward. You can’t focus if you’re not where you need to be in your head.”

In the meantime, Adele has reportedly fled to Los Angeles to be with Paul amid the ongoing turmoil.

Immediately following her teary-eyed announcement that she was postponing the opening of Weekends with Adele, the singer began making frantic Facetime calls to fans offering her apologies. But that didn’t stop details of the show’s backstage chaos from making headlines. And somehow we don’t think this is the end of it either.