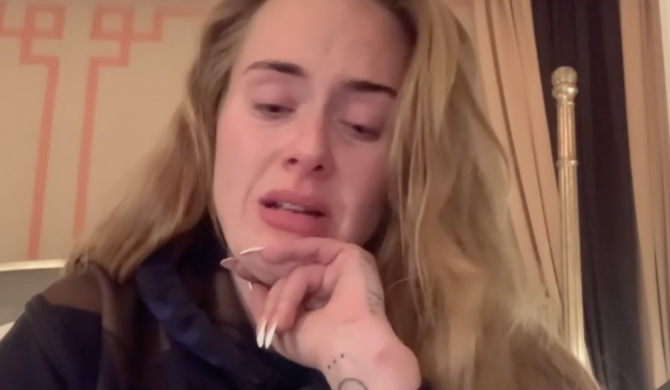 Yesterday, we reported on the alleged, backstage drama leading up to last week’s sudden cancelation of Adele’s hotly-anticipated Las Vegas residency at Caesars Palace. As disappointed fans continue to question what to do with those plane tickets they’ve already booked to see the show, new details about the last-minute cancellation are emerging.

One source previously told The Daily Mail that the singer had engaged in a protracted fight with set designer Esmeralda Devlin, who had previously designed her 2016 tour.

According to another insider who spoke with The Sun, Adele was furious about a swimming pool stunt intended for the show and refused to take part in it.

“When she saw the finished design, she refused to take part. Adele described the pool as a ‘baggy old pond’ and refused, point blank, to stand in the middle of it,” the source said.

“The intention was to fill it with water on the set as she was lifted up on a crane-type mechanism, creating the illusion she was floating on water.”

In a tearful video to fans, Adele cited the ongoing Covid-19 pandemic as a reason the show wasn’t ready, but many have observed that Caesars Palace made no note of Covid in it’s cancelation announcement.

“It’s been impossible to finish the show. I can’t give you what I have right now,” she said.

The swimming pool story also fits with The Daily Mail’s reporting about ongoing clashes between the singer and set designer.

“In spite of the set costing millions to put together, Adele was unhappy with the result, and she made her feelings very clear to Es,” a source told the outlet. “She was already nervous and the falling-out sent her spiraling into a panic because she was desperate that everything should be perfect.”

“There was no real clarity around what Adele wanted for the show because of the endless changes being made to the production,” a second source added. “It seemed that while she has always preferred a stripped-back performance, she was under some pressure to come up with a huge extravaganza. “

They continued, “So there was a constant ricochet between those two versions of what the show should be, and it did cause some quite explosive arguments. Most shows have teething problems of one kind or another, but there has been a feeling for some time that these shows were heading for disaster.”

Additionally, Las Vegas journalist Scott Roeben claims Adele refused to use the technical equipment at the venue and insisted on installing her own.

“Apparently, Adele and her team refused to use the house equipment in The Colosseum,” said Roeben.

“The theater has a massive video screen, very high tech, but Adele’s team insisted upon an entirely new system – a larger screen, essentially built a few inches in front of the existing screen.

“Such demands not only drive up production costs but, at a time when supplies are disrupted, it’s a recipe for disaster – in this case last-minute delays or cancellations.

“I also hear from a source that Caesars had to replace the cutting edge Meyer sound system and replace it with a different system for her.”

Immediately following the cancellation, Adele reportedly hopped on a Caesars plane and headed to Van Nuys Airport in the San Fernando Valley. A car was waiting for her and took her to the Beverly Hills home of her new boyfriend, sports agent Rich Paul.

One Twitter commenter won the day with a solid Spinal Tap reference:

Adele cancels her shows in Las Vegas due to the swimming pool stage set being too small.
This brings back memories… pic.twitter.com/ySqnZ4iOOQ