Who He Is: Actor

Why He Matters: Rapp created the role of Mark Cohen in the original cast of Rent, and recently ascended to TV stardom as Paul Saments on Star Trek: Discovery. He also became a leader in the #MeToo movement after coming out about an assault when he was a teenager by Kevin Spacey. 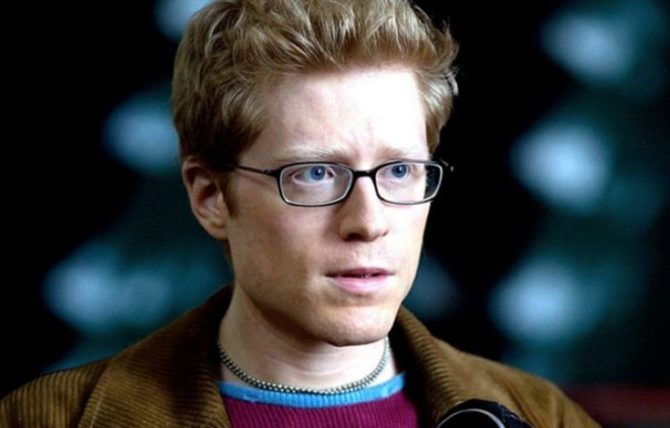 Why We’re Proud: Rapp has had one crazy year. After spending decades on stage, giving acclaimed performances in Rent, You’re A Good Man Charlie Brown and If/Then, Rapp broke through in the role of chief engineer Paul Samets on Star Trek: Discovery. Cheeky, bitchy and brilliant, Rapp’s Paul became one of the most stand-out characters on the hit series which finished out its first season last year.

Moreover, Rapp finally helped the 23rd century of Star Trek catch up with the real-life 21st century by becoming the first openly gay character in Trek canon. Fans of the long-running franchise applauded the move, and Rapp earned raves for his work.

Rapp lived his truth in 2017. With celebrities like Rose McGowan and Ellen Page leading the charge against sexual abuse of women in Hollywood, Rapp alerted the world that predators also abuse men. Rapp’s account of an assault by Spacey at age 14 shocked the world and encouraged other men, gay and straight, to share their own stories.

He also explicitly connected the anger underlying the #MeToo to Trump’s mistreatment of women.

This is so unsettling. I believe a great deal of the reason the #MeToo movement has gained so much traction and power is that we have no other way to directly impact the fact that we have an admitted sexual predator as POTUS. https://t.co/vM34FcrFOI

Subscribe to Queerty for a daily dose of #anthonyrapp #pride50 #startrek:discovery stories and more