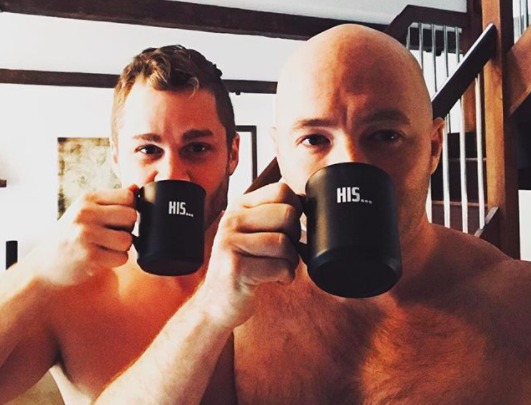 This just in: Austin Armacost is no longer asexual. In fact, he never really was.

In an exclusive interview with Gay Star News, Armacost says his comments about being asexual made last year were all a “misunderstanding.”

In January 2017, the Celebrity Big Brother star told the The Sun that when it came to sex, he was “just not that into it,” adding “I am probably, in all honesty, the least sexual people you will ever meet. […] I am like a nun in bed.”

Well, what a difference a year makes!

“I was referring to the sexual relationship between [ex-husband] Jake and I,” Armacost now clarifies. “Sex was limited with us and because we were monogamous. I had all but dried up downstairs.”

That all changed this past year, however, when he met his current boyfriend, Darren.

Now, he has sex all the time. And he loves it.

“I find sex a wonderful and empowering activity,” he explains. “It is also a great way to burn calories.”

Related: Austin Armacost fans are freaking out about this revealing handstand pic

And speaking of burning calories, Armacost also says he’s been very focused on his fitness, particularly his butt, which he loves displaying on Instagram.

“I work very hard on making it big and round,” he says.

“I love posting pics of my ass. I work very hard on making it big and round and yes, I enjoy showing it off. I also like to shock people. And for some reason somebody posting a picture of their ass is shocking.”

Scroll down for pics…

Back to reality… hello Monday