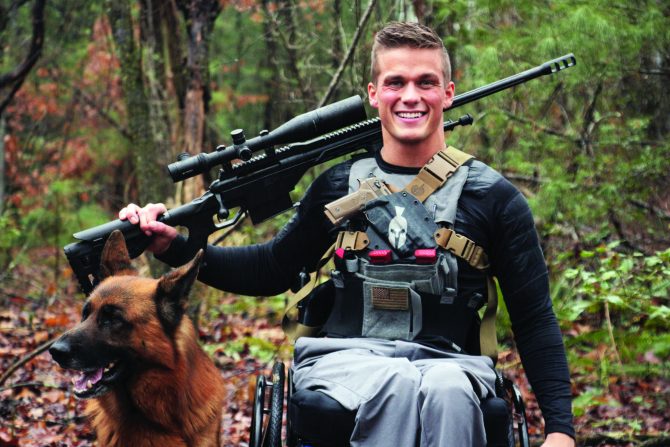 Earlier this summer, homophobic North Carolina congressional candidate and Nazi enthusiast Madison Cawthorn was considered a frontrunner in the race to represent North Carolina’s 11th district and a rising star within the GOP. So much so that was given a primetime speaking spot at the 2020 RNC, during which he mistakenly claimed James Madison signed the Declaration of Independence.

Now, a new poll finds the 25-year-old is falling behind his opponent, Moe Davis, in the race to represent North Carolina in the U.S. House of Representatives.

The poll was conducted by EMC Research and finds that Davis, who was originally waaaaay behind Cawthorn, is now three points ahead of him among likely voters, though Cawthorn is still within in the 4.9-point margin of error.

Those numbers are even worse for Cawthorn when paired with the fact that he has significantly out-raised Davis by over $1 million and yet he’s still trailing behind him with less than two weeks to go before the election.

These latest poll numbers come on the heels of the Cook Political Report, a nonpartisan online newsletter that forecasts election results, which recently changed the 11th District from “likely Republican” to “leaning Republican.”

The latest polls also come on the heels of a damning report that Cawthorn lied about his experience working for ex-Rep. Mark Meadows.

Throughout his campaign, the young Republican has boasted about being a full-time staffer for Meadows, but last week it was revealed he only worked for Meadows for about two weeks five years ago as “field representative,” during which he made a part-time salary of $1,155.55.

Of course, it’s 2020 and anything can happen. There’s still a good chance Cawthorn can turn things around, but time is definitely running out.