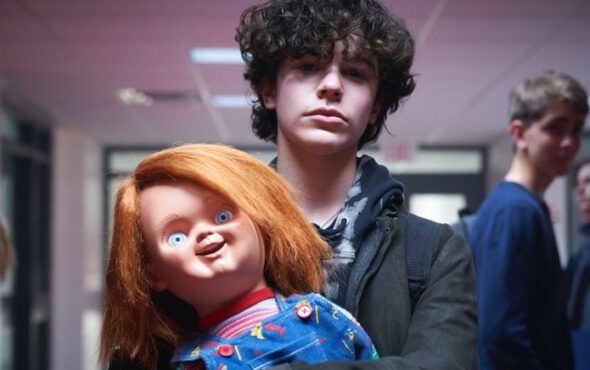 Attention all current and little boys who had a thing for dolls…or slasher movies: the trailer for the new Child’s Play series has arrived, and it’s totes gay.

Chucky, the new SyFy/USA series that continues the popular horror franchise of the 80s and 90s, will center on Jake Weber (Zachary Arthur), a 14-year-old gay boy struggling to come out of the closet in his rural town. An avid artist and doll enthusiast, Jake discovers a mysterious vintage Chucky doll at a yard sale. Of course, the doll in question turns out to be cursed with the soul of serial killer Charles Lee Ray (Brad Dourif, reprising his role), which brings death and destruction to Jake’s life. But is that always a bad thing?

Related: We need to talk about Dominic Burgess, and the true-horror series ‘Dr. Death’

Series creator Don Mancini also assured fans that the series won’t shy away from Jake’s gayness. “There are a lot of great scenes between Zach Arthur as Jake and his friend and crush Devon Evans [played by Bjorgvin Arnarson],” he said during a special virtual presentation of Comic-Con 2021.

The original Child’s Play debuted on movie screens in 1988 and spawned six sequels as well as a reboot in 2019. The franchise attracted a devout cult following who lauded the series for its horror–and camp–elements.

Chucky rips into TV screens this October. Have a look at the trailer and try not to wish you had a serial killer doll around to defend you from homophobic bullies.