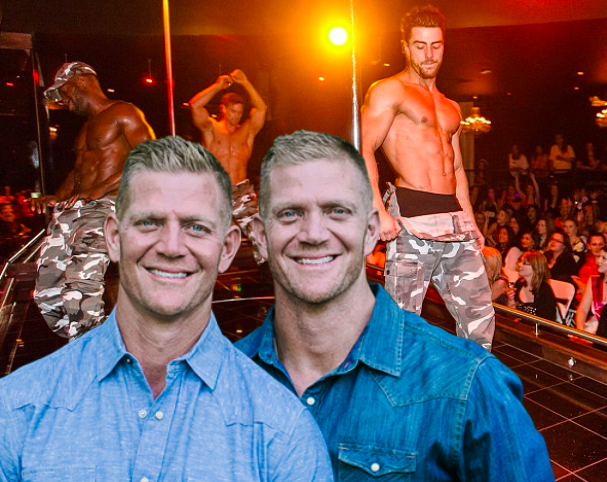 The Benham Brothers are at it again. In a recent blog post published on their website, the twinsies attack a local drag queen who they say is endangering the lives of children.

Brandon James is a 30-year-old drag queen from South Carolina who goes by the stage names Onya Mann and Princess Onya. But according to the bros, he’s “a young man created and loved by God, trapped in sexual confusion and bondage.”

James recently began hosting Drag Queen Storytime for kids, a growing trend at libraries around the country. The brothers say when they first heard about the program, they had two reactions.

“On the one hand, we felt a desire to protect this young, cross-dressing guy,” they write. “On the other hand, we continue to be appalled by the never-ending, forced sexual agenda on the innocent minds of young children.”

As expected, things only get worse from there.

“Although our Christian faith teaches that all sin is the same (it separates us from God),” the twinsies write, “we don’t have thieves uniting to read books promoting thievery to our children in public libraries. And we don’t have ‘anti-bullying’ agendas against those that say adultery and stealing are wrong.”

OK, how did we go from a drag queen reading children’s books to adultery and stealing?

“This young man, Brandon James, said he has ‘received death threats on Facebook’ over his request for a Drag Queen Storytime at Charlotte Mecklenburg Library,” the brothers continue. “We’ve been threatened countless times ourselves. We know the feeling.”

However, they say, after looking closely at some of the threats James has received, they’ve determined the threats really aren’t that scary. And, anyway, James is forcing a radical sexual agenda on innocent young children, so he deserves whatever he gets.

“The very thing those pushing this agenda proclaim to suffer (bullying) is precisely what they do to everyone else,” the brother write. “If you disagree with drag queens promoting their confused lifestyle to young kids, then you are a hater and a bigot–and your resistance is considered threatening to them.”

“But it’s all a lie. And it not only promotes an agenda but it perverts a life.”

Drag queens are bad news, the brother say, as they recount a horrifying incident they witnessed at their city’s recent Pride parade:

The last time we saw drag queens perform in our city was at the gay-pride parade. That day, we watched several large men, dressed in drag, lap-dancing on spectators and even having young children place dollar bills under their G-strings as the crowd roared. To say it was disturbing is to put it mildly.

“The only place he’ll find hope and healing is in the arms of the truest man who ever lived–the man, Jesus Christ,” they write.